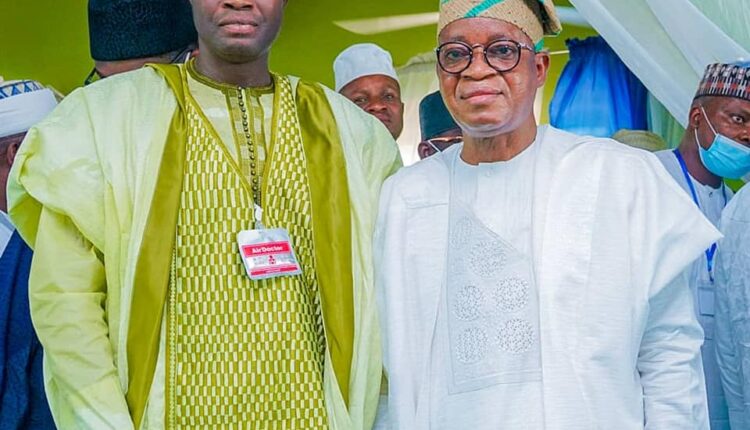 The Osun State Governor, Gboyega Oyetola, has said that with current security challenges bedevilling the country, there was urgent need to look towards reviewing the nation’s constitution and adopt state policing system.

He added that in giving in for constitutional review that was in line with the peculiarities of each of the states of the federation, the security challenges being faced by the country would be curbed to barest minimum.

Oyetola, who also threw his weight behind the call for establishment of community police, said that the time had come for the governors to be constitutionally empowered as the Chief Security Officers of their respective states.

The governor during his keynote address at the Special Ramadan Lecture organised by the State leadership of Nasrul-lahi-li Fathi Society of Nigeria, NASFAT, Osun Chapter, on Sunday.

He added that though the rising insecurity had become a thing of concern across the country, the trend could still be reversed through deliberate efforts by all stakeholders and Nigerians generally.

“I acknowledge the fact that the nation is facing serious security challenges. State policing is part of what we need to strengthen security. Our security agencies must be properly and adequately strengthened.

“Part of what we need to do as parents, is to watch over our children and wards. We must give them the best education and train them with Omoluabi ethos,” the governor said.

The Cleric who doubled as the Chief Imam of Offa also hailed the government’s social intervention programmes, which he claimed, had impacted greatly on the lives of the people.

He acknowledged the government for taking governance to the grassroots, particularly to the doorsteps of the masses through its numerous people-oriented programmes.

The Cleric who acknowledged the good works of the administration, said that it was good to know that the governor had taken the people’s welfare to the front burner.

Salman said that the feeding of the vulnerable citizens on a monthly basis through the state Food Support Scheme by the administration was a clear indication that the government had the masses’ welfare at heart.

According to him, the programme would go a long way to register the presence of the government in the hearts of the ordinary people.

“I am not here to praise sing anyone. That is not even in my character. But to say the fact, all the Administration is doing to give the State a new look is much appreciated and acknowledged.

“Osun is not new to me. This is a State I ply day and night. I have seen for myself, the good works of your Administration. You are doing well particularly in the areas of human and infrastructural development.

“We are aware of your tremendous achievements in the health sector, and road infrastructure. We have also been informed of your priority to workers’ welfare and the general well-being of the people of Osun.

“One of your social intervention programmes, the food support scheme that is catering for 30,000 vulnerable citizens, is also acknowledged. This is the essence of government. This is what governance is all about. We appeal to you not to relent. You need to do more for the people and the State”, he added.

The cleric whose lecture was underpinned on the need to address the current security challenges confronting the nation, called on government at all levels to brace up to their fundamental responsibilities of protecting the lives and property of the citizens, and as well guarantee their welfare and general well-being.

He called for immediate provision of more security formations across the nooks and crannies of the country, saying the gesture would go a long way to strengthen and improve on the morale of the security agents in the discharge of their duties.

Sheik Salman who identified the need for the government to invest more in knowledge and skills acquisition programmes, said that the time had come for the governments to double their efforts in prioritising the welfare of the security agents.