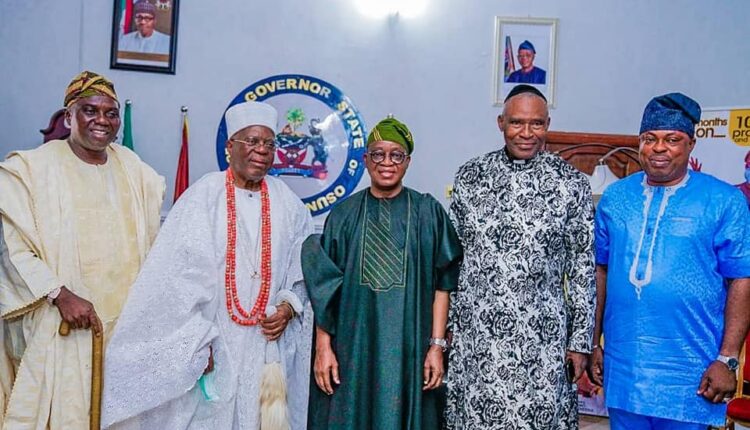 Share
After fallout of youths protest against police brutality that snowb alled into violence across Nigeria, the Osun State Governor, Gboyega Oyetola, has promised to prioritise youth welfarism and improve on engagement to ensure needed development across the state.
Reiterating his administration’s commitment to championing the cause of youths across the state, he explained that the coordinating prowess of the youths during the EndSARS protest had shown leaders that youths engagement for task of nation building remain non-negotiable.
Oyetola stressed that his administration would not rest on its oars until the youth are productively engaged to meet their destinies for greatness and prosperity, adding that in achieving the set target, his government had come up with workable and realistic “Youth Policy” painstakingly designed to fully harness the limitless potential embedded in the youth for the maximum advancement of the state.
Speaking yesterday at Government House in Osogbo, during the inter-religious prayer session led by some Muslim and Christian leaders to pray for sustained peace, unity and stability in the country, the governor who described the violence that disrupted the peaceful EndSARS protest as unfortunate, noted that the move had raised the leadership’s consciousness to service to humanity.
He said the administration under his watch would continue to maintain the tempo of inclusive and participatory governance as part of efforts to enhance equitable and even distribution of resources.
Oyetola said that the two percent of the total budget earmarked for the youth in the 2021 budget would be judiciously utilised to engage them in mining, agriculture, tourism, commerce, among others.
“On our part, we will continue to engage our youths so as to let them have sense of belonging in governance. We will continue to prioritise their welfare and invest in them for the betterment of our dear state. Though we cannot solve all the problems in a day, with patience, we shall overcome the challenges.
“We want our youths to build some level of trust in their leaders. Leaders mean well. Though at times, it might not workout the way it is expected, by and large, nobody is willing to have the opportunity of ruling the state or country without a desire to do well.
“So, I urge our youths to begin to exercise patience and always be conscious of those with ulterior motive to either hijack their peaceful protest or use them for evil things whenever they want to register their grievances,” he added.