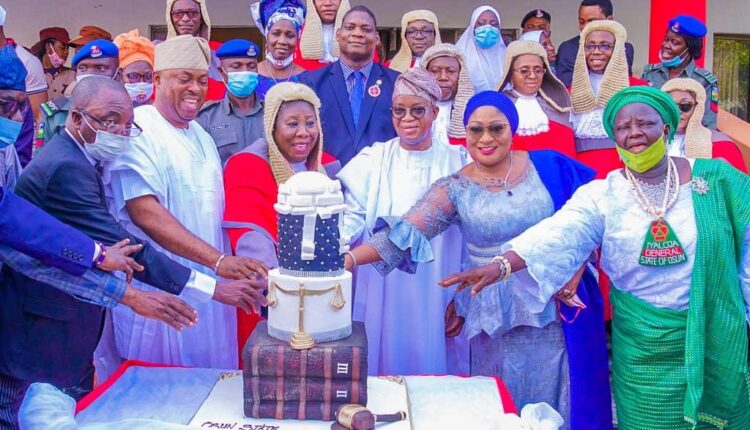 The Osun State Governor, Gboyega Oyetola, has restated commitment to improving the welfare of judges and other judicial workers across the state, saying more would be embarked on in building a strong, formidable and effective judiciary in Osun.

He noted that the improved welfare was aimed at ensuring judicial officers across the state perform better in the discharge of their duties as the last hope of the common man.

Oyetola also noted that he would stop at nothing in ensuring the bar of legal practice was raised in the state in line with global standards to enhance the judiciary productivity.

Speaking on Tuesday when he commissioned the newly-constructed courtrooms at the High Court premises in Osogbo as part of events to mark the commencement of the 2021 Legal Year, the governor assured that his administration was ready to provide requisite tools for the judiciary to perform its statutory duties.

According to him, the development and others to embark upon in terms of welfare would enable our judicial officers to better perform their roles as the last hope of the common man

Furthermore, Oyetola urged the judiciary workers, particularly the judges to continue to be upright and effortlessly defend the rights of the common man.

“I thank the Chief Judge of Osun, Justice Oyebola Adepele Ojo & all eminent members of the State Judiciary for the great work they’re doing in the Temple of Justice in our dear State. You all have been dependable partners without compromising the ethics of your calling.

“As an administration, I assure you that we’ll continually prioritise your welfare and provide the requisite infrastructure to create the right ambiance for you to diligently discharge your duties to our society. I urge you to remain courageous, fearless & forthright in your roles,” he said.