Journalists, medical doctors, others not exempted from… 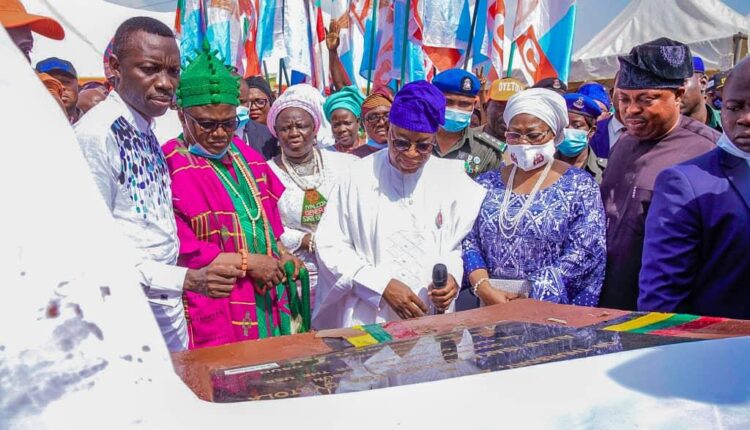 As part of activities lined up for his second year anniversary, the Osun State Governor, Gboyega Oyetola, has commissioned five intra-city roads in Alekuwodo area of Osogbo, saying the projects were aimed at achieving aisle-free movement across the city.

He listed the roads commissioned on Thursday to include Akindeko-Awosuru Link raod, Adejumo Street with loop to WAEC road, Oremeji Spur road, Akinlade Street road and Adewale Street road, adding that the Isopako road which was the 6th road would soon be reconstructed.

Oyetola said that the rehabilitation and reconstruction of the roads was in response to the demand by the people of Alekuwodo and in line with his administration’s commitment to delivering on his mandate.

He noted that the gesture was also to ensure the state achieve its planned economic transformation which would not be viable without access to good network of roads.

According to him, this is an indication of the seriousness we attach to the welfare of our people and the mileage we are ready to go to take care of their interest.

The governor noted that despite the disruption occasioned by outbreak of coronavirus and its impact on the state’s revenue, the roads were completed within eight months of award.

“To ensure safety, security of lives and property, particularly at night, we have installed solar street lights on some of these roads. It’s our belief that the completion of these roads will ease movement of goods and people, and stimulate socio-economic activities within this area.

“We believe that in achieving the economic transformation and the good life that we seek, we need to provide good road network across the State. This is the reason we have been giving attention to provision of intra-city, inter-city and rural roads across the State,” he said.