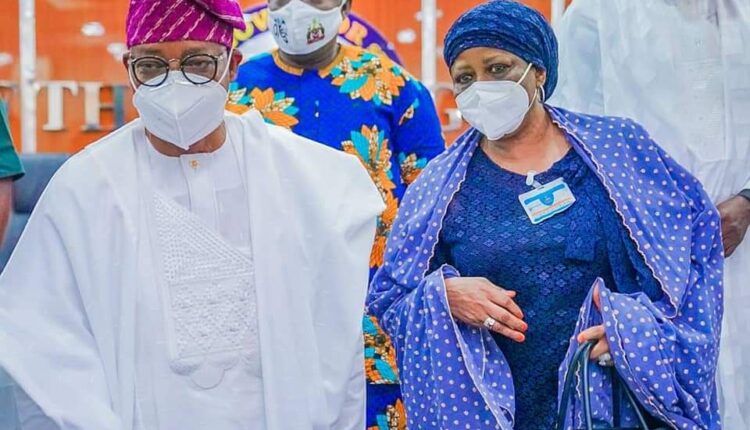 The Osun State Governor, Gboyega Oyetola, has charged the National Youth Service Corps (NYSC) members to sustain the scheme values by fostering unity and engendering peaceful coexistence in their host communities and place of primary assignments across the state.

Aside from the advise, the governor also commended the foresight of NYSC founders for establishing a scheme that promotes national unity and integration in Nigeria.

Oyetola also commended the scheme for its role in building entrepreneurial values in youths through the mandatory orientation programme.

Speaking during a courtesy visit to his office, Abere, by NYSC’s National Governing Board on Friday, the govenor said that over the years, the scheme has proved to be a major driving force for unity, particularly among the youths.

According to him, there is nothing like religious or ethnic divide. Everyone is simply satisfied to be identified as a corps member.

“This kind of atmosphere, where your affiliation or origin does not matter much, is what we should strive to attain in Nigeria. On the basis of this very critical and significant derivative of the scheme, it should actually be encouraged. Believe me, this is a scheme we are all proud of, having experienced its benefits.

“Apart from fostering national unity and integration, the scheme has become a veritable tool for entrepreneurial training during the orientation programmes, and this is very critical to youth engagement in our country today.

“I would like to implore our youths to embrace this opportunity to foster unity across the country and shun violence. Those serving in our dear State should also count themselves lucky because you have been posted to the most peaceful state in the country. Aside our overall peace profile, we have neither recorded instances of disputes between corps members and security agencies. This is also commendable.

“But I must advise our corps members to ensure that they work closely and relate well with the community where they live”, Oyetola stated.

He also promised to review the requests presented by the authorities to ascertain the ones his administration can attend to as a matter of urgency, adding that support for the scheme falls within the purview of his government’s commitments to youth development.

In her earlier remarks, the leader of the NYSC Governing Board, Ambassador Ball Abubakar, commended the Osun government for its warmth and responsiveness towards youths, within and outside of the scheme.

She also commended the ambience of the Orientation Camp in Osun, which she described as being at 90 per cent completion stage.

Part of the requests presented to the state government were expansion of the existing clinic, erosion control, expansion of multipurpose hall, and a permanent secretariat.