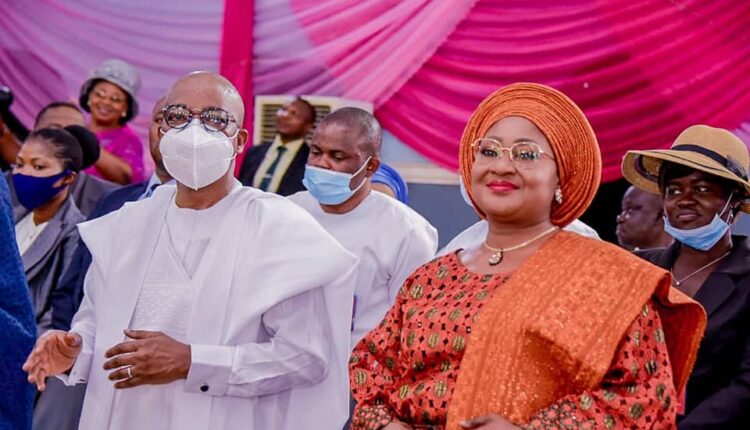 The Osun State Governor, Adegboyega Oyetola, has attributed his administration’s two year anniversary achievement to numerous support he received from citizens and religious leaders across the state.

This is coming as the governor also disclosed that the slogan “IleriOluwa”, which has become the mantra of his administration, was given to him by God through revelation.

Oyetola said that the developmental strides and recorded achievement during the two years he had been at the helms affairs in the state, could not be dissociated from citizens support and power of prevailing prayers from religious leaders.

Speaking at the thanksgiving service held in commemoration of second anniversary of his administration at The Redeemed Christian Church of God, Osun Province 1 Headquarters, Osogbo, the governor said that though some projects had been completed, there are still more which needed attention and that his administration was committed to do more for the citizens.

Furthermore, he implored citizens to continue to support the government, adding that his administration was willing to do more for the people.

Explaining the rationale behind the “IleriOluwa”, Oyetola said that the slogan came from a divine revelation where God assured him that he would be the governor of the state.

“This administration was founded by God Himself, and I will tell you why. I am ordinarily not one who sees visions. But on two occasions, I had a strange encounter.

“Imagine the son of an Imam receiving a song that is common in the Christian parlance in a dream. That was my encounter. All I could remember on both occasions was the last line of the song which says ‘IleriOluwa ni lati se’ (the will of God must come to pass). Outside of that dream, I had never heard the song before.

“When the impression was heavy on my heart, I called one of my friends to ask him about the song, and he told me the song was the Track 2 of Timi Oshukoya’s song. He went out to get me the album, and immediately, I started listening to the track, my consciousness was restored and then I had an understanding of what God was saying to me.

“That revelation has continued to give me confidence of victory each time I’m faced with legal and political battles since becoming Governor. On October 17, there was an attempt on my life, but the Almighty God spared my life because He has appointed me for a special assignment that must be accomplished.

“We are 24 months in government, though we have not had more than one year of uninterrupted service. We started with several months of litigation and then came the adverse effects of the global COVID-19 pandemic, closely followed by the EndSARS protests. There was also an assassination attempt on my life. But today, we are here to appreciate God who has made it possible for us to deliver on our promises,” he said.