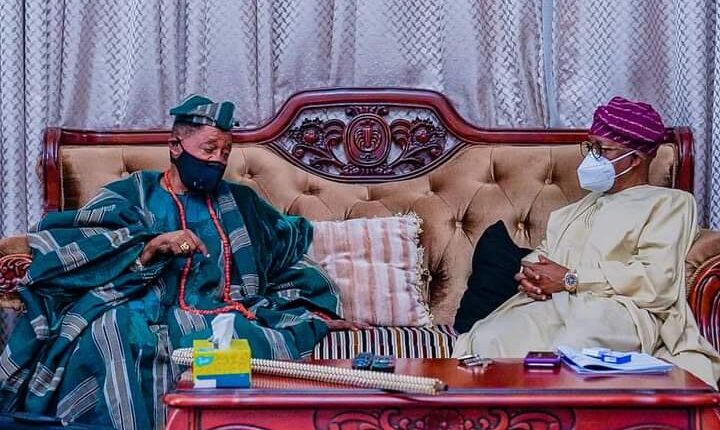 The Osun State Governor, Gboyega Oyetola, and the Alaafin of Oyo, Lamidi Adeyemi III, are currently in a closed-door meeting in Osogbo, the Osun state capital.

As learnt, the meeting may not be unconnected to the recent insecurity challenges, particularly the brewing ethnic crisis between farmers and herders in South West.

“The Alaafin of Oyo, Oba Lamidi Olayiwola Adeyemi III, on Sunday visited Governor Adegboyega Oyetola in Osogbo, to confer with him on emerging national issues,” the post read.