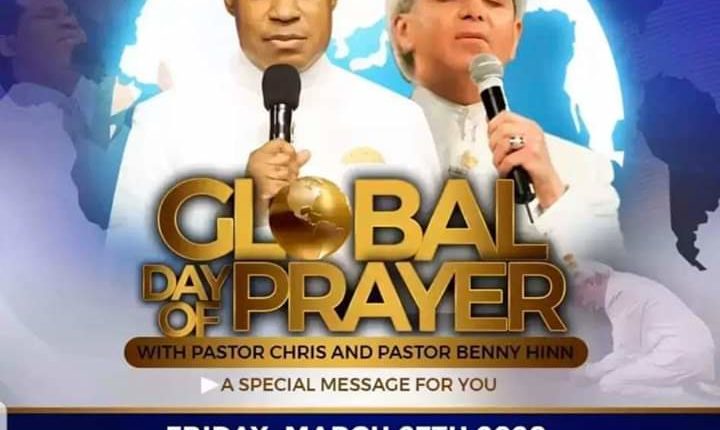 Following world wide rise of incidence cases of coronavirus infection, with some countries such as Spain and America recording high infection rates and increased mortality, President of Loveworld Incorporated, Chris Oyakhilome, alogside tele-evangelist, Benny Hin, have disclosed plans to hold a global prayer day event which would be televised and streamed online so as to ensure participation by christian faithfuls around the world.

Oyakhilome explained that the event would be a global prayer program, and that its being placed on online, terrestial and digital platforms was with aim to enable all intending participants take full advantage of the program despite limitations which had been placed on movement and congregation by novelty of the coronavirus pandemic.

According to the Christ Embassy head, the prayer event would feature renowned tele- evangelist, Hinn, and would be aired on all existing online platforms of the church as well as terrestial and digital television stations, local TV and radio stations in all countries, across all continents of the world.

Speaking through a recorded broadcast to christian faithfuls, he confirmed that the prayer event would be held on Friday, March 27, and that all publicised platforms would be available for connection by attendants so as to ensure full participation.

Oyakhilome urged Christ Embassy members and members of the global christian community to take part in the prayer program and afford themselves opportunity to offer prayers for world healing and for themselves as well. 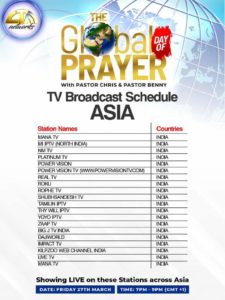 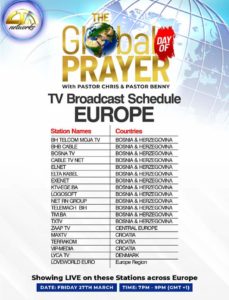 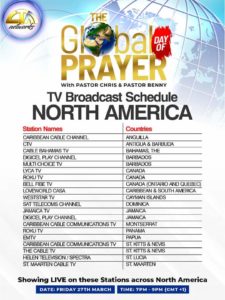 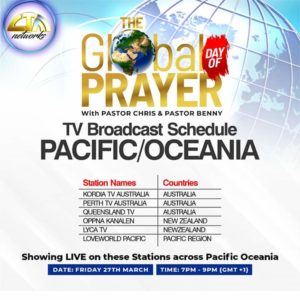 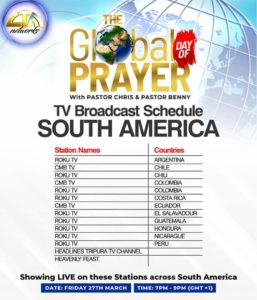