Just in: Nigerians march across London streets to demand… 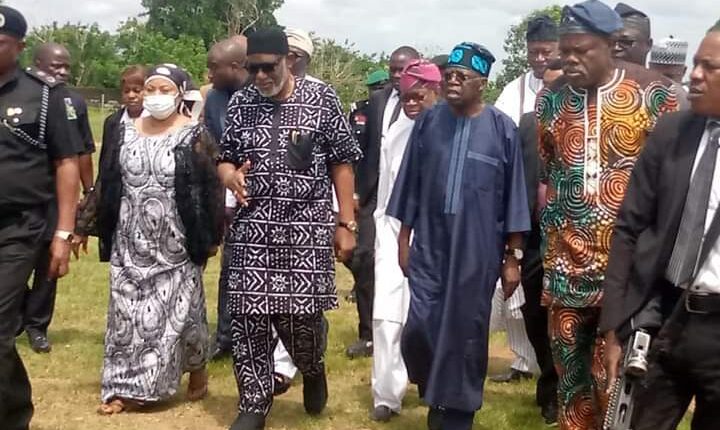 If Bola Tinubu and Lagos State Government had supported the strengthening of Amotekun and other regional security formations and agitations to secure the Yoruba land, the infiltration of our communities by these Fulani marauders and slaughterers might not have been possible.

Now they have surrounded us. They have occupied our forests and are in our farms and everywhere even in our cities. They have cordoned us off for a periodic mass slaughter. 50 million naira in 50 million places might not save us. What can save us is donation of sincerity to our collective regional fate of existence and security.

But Tinubu/Lagos felt there was something to collect from Buhari and the Fulani Oligarchs and he was not ready to step on their toes and so indirectly worked against the efforts of Akeredolu and others in their efforts to secure the states of the West. He kicked against the taking off of Amotekun. Lagos has refused to support the idea of regional security or the launch Amotekun till date.

Every Fulani Okada man has a weapon, be it a gun or a dagger, tucked away under his motorcycle. We have seen the results.

50million naira now cannot even bring back one life, but if it had been donated with sincerity to fund the regional security efforts of Aketi and others, who knows, 50million naira could have secured and saved 50million lives and could have prevented the loss of these innocent lives.

Now is not the time for many words. The sky is still menacingly dark over us in Ondo.

Tope Temokun is a legal practitioner based in Ondo State