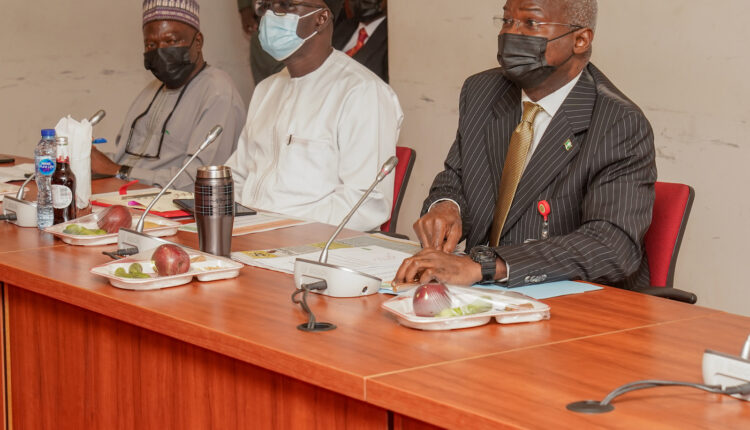 Atleast 7,315 Nigerian have submitted their application bid for the 5,000 houses under the Federal Government’s National Housing Programme, designed to reduce the deficit in real estate across the country.

The over 7,000 Nigerians tendered their bid for the house through the Ministry of Works and Housing portal launched barely seven days ago, to provide a platform for every home seeker to apply for the mass housing programme.

Announcing the number of applicants, the Minister of Works and Housing, Babatunde Fashola, noted that the portal was now opened and that the Ministry has really launched out.

Fashola, who disclosed the number while appearing before the Senate Committee on Lands, Housing and Urban Development, chaired by Sam Egwu, submitted to the Committee the documents showing the number of applications submitted and those completed and undergoing processing as well as a breakdown of the number according to States.

Explaining the criteria for pricing of the different categories of houses, the Minister, who said the prices ranged from N7.2 million, representing the lowest, and N16.5 million representing the highest price, pointed out that one of the factors that made the difference in price between the Programme’s houses and those being built by private developers was size.

He told members of the Committee that the categories of the houses under the programme included1, 2, 3 bedrooms semi-detached bungalows and condominium, (blocks of flats), adding that there are also price differentials among the categories of houses based also on the size and space with all the bungalows, for example, having adjoining land thereby making it more expensive than the flats.

The Minister, who also noted that one-bedroom flat in condominium, is 60sqms, two-bedroom flats, 76sqms while the 3 bedroom flat is 110sqms, all of which, pointed out that they are more spacious than what is available in the conventional market, adding, “You cannot get them at such price in the market”.

Urging the lawmakers and other interested Nigerians to engage with the portal for answers to all the relevant questions, including quality, size, and appearance of the house in any location across the country, the Minister declared, “Our thinking is informed by what we have experienced in parts of our lives and what we think is best practice. We think this is the digital age and we should begin to do things that are consistent with the age, not printing and selling forms”.

In response to a question on possible manipulation of the system, he explained, “We should not be creating unnecessary bureaucracies that will bring about unnecessary human interactions and possibly some of the manipulations you refer to”, adding, “that does not mean that any system cannot be manipulated but we think that this is consistent with the objective of government”.

Noting that the portal was launched barely a week ago, Fashola again urged, “Let us give it time to evolve and I think that 7,315 applications from Nigerians within this time is a very enthusiastic response”, adding that all those who had applied had paid N10,000 online to the Remita platform.

“So contrary to the assumptions that because conditions are difficult, that form that you would have sold in printed form is being sold digitally and government is collecting the money for administrative purposes”, the Minister said adding that although it is open to all Nigerians, some of the conditions that address facelessness include having a passport photograph and a tax clearance certificate and other means of identification like national ID, driver’s license or International passport.

Responding to concerns raised about affordability of the houses, “Affordability is not just a function of the cost but also the mode of payment,” adding that in order to take care of that aspect, the Ministry created the mortgage and Rent-to-Own options so that the payment could be spread over time.

On whether the Ministry was not duplicating the works of its agencies, the Federal Housing Authority (FHA) and Federal Mortgage Bank of Nigeria (FMBN), Fashola, who noted that the Ministry as head and supervisor of the agencies, was only carrying out a pilot project from which the agencies would continue to roll out in the future.

In his closing remarks, the Chairman of the Committee, and former Governor of Ebonyi State, Senator Sam Egwu, noted that the Minister had done justice to all the questions and thanked him for his diligence and commitment to housing delivery.

“You will agree with me that the Minister has done justice to the questions we have asked him. We are also impressed that the data you gave to us showed that you’ve launched out. You’ve hit the ground running. So, we’ll continue to interact with you … Like I said, we are happy and my members are happy, that is why the Chairman House Committee is here too…”, the Chairman of the Committee said.

Man dies before stealing from electric pole in Ogun