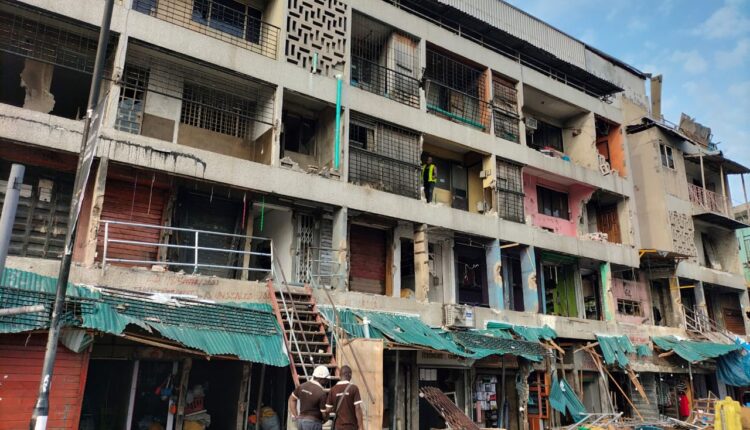 More than 500 families and occupants have moved out from a four-story building situated at No. 13 and 17, Breadfruit Street, Lagos, to avoid loss of lives and properties. Officials of the Lagos State Building Control Agency (LASBCA) who monitored the evacuation said the agency had marked the building for demolition due to its dilapidated status.

The Lagos state government recently disclosed its plans to commence demolition of identified defective buildings in the state following the loss of lives and properties as a result of collapsed buildings.

The General Manager of LASBCA explained that the evacuation exercise was in compliance with a Court Order which directed the Lagos State Building Control Agency to evacuate the occupants of the distressed building and seal it up in the interest of public safety, hence the State Government resolved to enforce court ruling on the property after occupants refused to vacate.

” Despite the court ruling since October 2021 and several pleas with the occupants to vacate the distressed building for safety purposes, the residents had remained unyielding, hence the decision of the State Government to enforce the ruling of the court.”, he said.

He reiterated that Lagos residents should always endeavor to prioritize safety when building, warning that government would not hesitate to bring the full weight of the law on anyone trying to compromise its efforts at achieving a sustainable, and livable environment in the State.