Over 250,000 Lagosians to get free eyeglasses, hearing aids, other supports 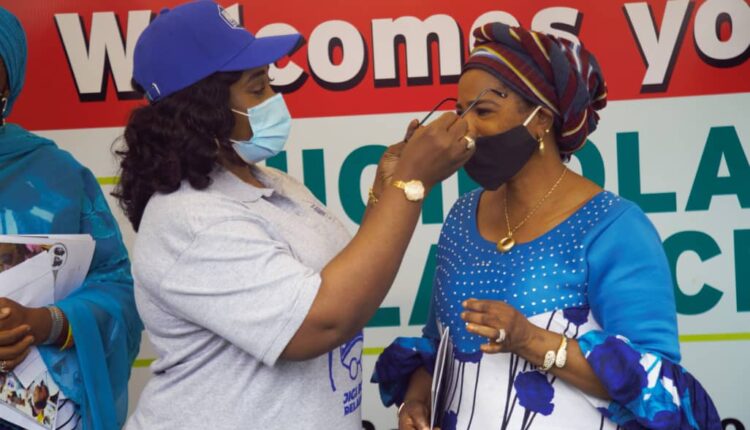 In a drive to boost healthcare delivery, the Lagos State Governor, Babajide Sanwo-Olu, has re-launched and expanded an over 20 years free healthcare initiative, Jigi-Bola Health Mission, to give residents that may have visual and hearing impairment an opportunity to get remedy for their challenges freely.

Sanwo-Olu said that his administration understood that losing one vision and hearing could make life difficult and that to prevent Lagosians from falling into such categories, early detection and intervention have been discovered to be the best solutions, saying this is what this programme wish to correct.

He added that over 250,000 residents of Lagos particularly the indigents across the state would receive care through the mission, and that the move targeted at ensuring none of Lagos residents become challenged over inability to use their visual and hearing organs effectively.

After the previous launch of “JigiBola” initiative under, the Blindness Prevention Programme, many that could have lost their sight were offered free eye screening, eyeglasses and surgical operations.

Addressing hundreds of Lagosians that trooped to witness the relaunch of the mission at the Police College, Ikeja, on Tuesday, the governor explained that the JigiBola free healthcare mission was first launched during the tenure of former Governor of the state, Asiwaju Bola Tinubu, out of genuine concern for the wellbeing of Lagos residents.

The governor, who was represented by his Deputy, Dr. Kadri Hamzat, explained that it was conceived as an initiative to address preventable visual impairment among residents of the state, as many Lagos residents would have lost their sights in the state were it not for the free medical mission.

“Today, we are re-launching the Jigi-Bola initiative in celebration of one of the many legacy grassroots outreach programmes of the administration of Asiwaju Bola Ahmed Tinubu and to restate our commitment to improving the wellbeing and welfare of Lagosians,” Sanwo-Olu said.

While explaining that the administration has broadened the Jigi-Bola initiative to include a hearing aid programme, which would cater for the needs of Lagosians with hearing difficulty through the provision of hearing aids and other medical support, Sanwo-Olu added that his administration understood that vision and hearing impairment could make life difficult, saying it could be prevented with early care and intervention.

According to him, we are re-launcing the Jigi-Bola Initiative as a Free Sight and Hearing Aid Programme. The aim of this relaunch is to improve the capacity for efficient eye and ear care delivery and to ensure that Lagosians do not lose their vision and hearing when it could have been prevented.

‘’This initiative is open to all Lagosians, including those in the grassroots across the 20 local government areas. The services to be offered include early detection of eye conditions that may lead to blindness, eye and ear health education, free eye surgery and treatment, and also the distribution of hearing aids and eyeglasses,’’ he added.