Over 10m Nigerian, Congo, other children to face acute malnutrition 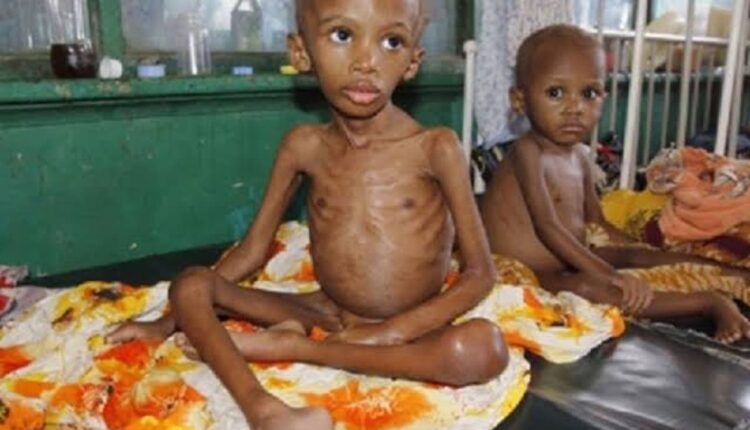 The United Nations International Children’s Emergency Fund (UNICEF) has disclosed that an estimated 10.4 million children in Nigeria, Democratic Republic of the Congo (DRC), South Sudan, the Central Sahel, and Yemen were expected to suffer from acute malnutrition in 2021.

UNICEF explained that the countries or regions are experiencing dire humanitarian crises, and furthermore are struggling with intensifying food insecurity as well as a deadly pandemic of COVID-19.

The agency, in a statement released on Friday, explained that the inclusion of Nigeria, not minding the huge billions of naira spent by the government on welfare, was due to the humanitarian crisis rocking the country’s North-East region over the years.

UNICEF further warned that the situation could further be worse in the Africa continent particularly in the Central Sahel where the countries were currently battling to avert a looming famine.

The agency’s Executive Director, Henrietta Fore, added: “For countries reeling from the consequences of conflicts, disasters and climate change, COVID-19 has turned a nutrition crisis into an imminent catastrophe,” UNICEF

“Families already struggling to feed their children and themselves are now on the brink of famine. We can’t let them be the forgotten victims of 2020,” she added.

The increase in acute malnutrition and food insecurity in household among children in Africa and Yemen is due to ongoing armed conflict and insecurity amid limited access to essential nutrition, water, sanitation, health care, and hygiene services, the statement said.

Furthermore, UNICEF argued that the flooding cases experienced in some areas during 2020 have exacerbated the already considerable level of acute malnutrition among children.

UNICEF said in South Sudan, an estimated 7.3 million people – 60% of South Sudan’s population – are projected to be facing severe acute food insecurity in 2021, while an estimated 1.4 million children in the country are expected to experience acute malnutrition in 2021, what is regarded as the highest since 2013.