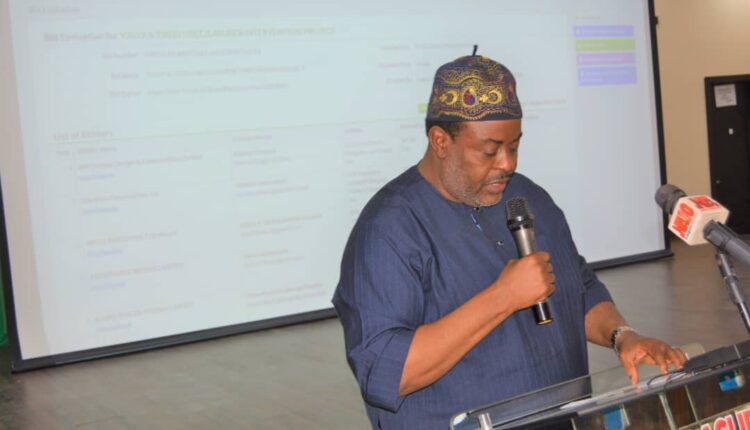 Atleast 106 firms have submitted bids and expressed interests in taking up the rehabilitation of public primary schools contracts across Lagos State.

The firms bidded for the rehabilitation work under the Y2019/2020 intervention projects that was designed by the Federal and State Governments to ensure that public primary education meets global standards.

He noted that the intervention projects are jointly funded by the federal and state government, stating that the E- procurement processes will enhance transparency, probity and value for money in procuring the contracts.

“This process is to eliminate favoritism, avoid misuse of public funds and stimulate advantageous market place competition in the delivery of critical infrastructure in the state and basic education sub- sector in particular” he said.

While declaring open the bid letters and documents submitted by the contractors online, he made it known that the projects being bided for under the Y2019 /2020 intervention projects was to ensure that public primary education meets global standards.

He affirmed that stringent rules had been put in place by government to ensure that no project would be left undone.

The Executive Secretary of the Universal Basic Education Commission (UBEC), Hamid Bobboyi ably represented by Sunday Joshua Arema averred that following stipulated procurement procedures would help in the fight against corruption, inefficiency and, also allow the emergence of credible service providers who would execute projects according to specifications.