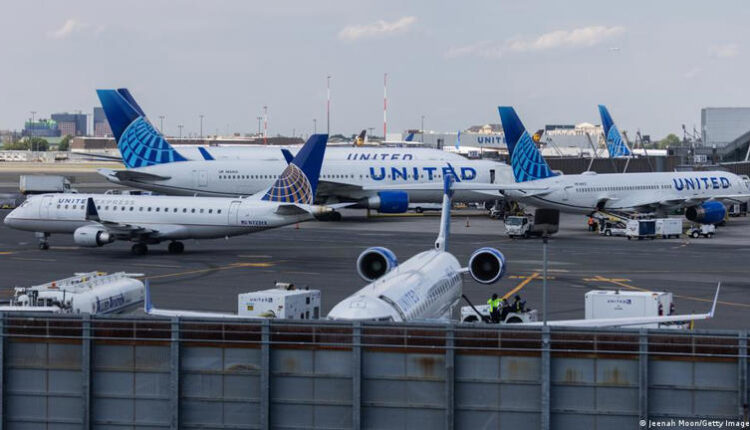 A significant system outage has disrupted air traffic across the United State (US), grounding millions of passengers and stalling operations at some of the world’s busiest airports in the country.

As gathered, the disruption in flight operations that halted passenger movement occurred after the Federal Aviation Administration (FAA) experienced a computer outage, grounding planes movement in US.

Many of the passengers were seen at the LAX Airport in Los Angeles, O’Hare in Chicago, and Washington Dulles Airport, stranded without prior notice and possible time when they would be able to complete their journey.

When the technical hitches occurred on Wednesday morning, more than 6,700 flights in and out of the US had been delayed and more than 1,000 were cancelled.

It was learnt that the technical glitch impeded airline operators’ ability to get planes in and out of crowded gates, which was causing further delays.

The US president, Joe Biden, meanwhile, has ordered full investigations into the technical hitches that crippled commercial air flights across the country.

Biden, through a statement released by the White House Press Secretary, said that it would help ascertain the cause of the downtime since there was no cyber attack.

He said: “The FAA is expected in a couple of hours they’ll have a good sense of what caused it, and we’ll respond at that time”.

After several minutes, flight operation resumed slowly but there were further delays in passenger airlifting due to a backlog of flights caused by the glitches.

According to the FAA, the system provides real-time safety information to pilots “about closed runways, equipment outages, and other potential hazards along a flight route or at a location that could affect the flight.”

Following the development, American Airlines, which carries the most passengers annually in North America, said it was working with the FAA to minimize customer disruption.

United Airlines said it would waive change fees and any difference in fare for customers rescheduling flights departing on or before 16 January, 2023.

For international passengers, Air Canada – the foreign carrier with the most flights into the US – said the outage would impact on cross-border operations on Wednesday, but it couldn’t initially say to what degree. The carrier said it would implement a goodwill policy, so affected passengers could change their travel plans without paying extra charges.

Meanwhile, airports in Paris – Paris Charles de Gaulle and Orly – said they expect delays to US flights. Air France said it is monitoring the situation.

For United Kingdom (UK) passengers, British Airways, said its flights to and from the US will operate as planned, and Virgin Atlantic said it was continuing to operate its schedule of US flights departing from the UK. However, some US departures, the airline said, may be affected by delays.

Germany’s Lufthansa and Spain’s Iberia said they are still operating flights to and from the US as normal for now.