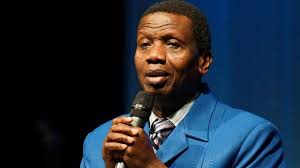 The General Overseer of Redeemed Christian Church of God (RCCG), Pastor Enoch Adeboye, and his counterpart in Deeper Christian Life Ministry, Pastor William Kumuyi, have both seek for exception from Federal Government for operations of their personal Twitter accounts and that of their churches that domicile across five continents, saying their account cannot go down.

They claimed that their personal and church accounts on the social networking service platform, Twitter, remain an integral part of their evangelism tool which they use in reaching out to millions of their congregations and that adhering to Federal Government directives would be to deny them access to worship.

Speaking through a statement posted on their official social media handles on Monday, the clerics further argued that denying their members, scattered across over 170 nations, access to inspirational messages through the platform would amount to a violation of their fundamental human rights.

Both clerics’ stance came hours after the Federal Government indicated that the ban placed on Twitter operations across the country would continue indefinitely in protecting the nation’s sovereignty from internal and external aggression and defend the country’s unity irrespective of avenues being explored by divisive elements.

Expressing his displeasure over the apex government’s decision, Adeboye stressed that the new directive was at variance with the United Nations (UN) universal declaration of Human Rights particularly Article 19 of the charter which Nigeria also signed onto.

Adeboye said: “The Redeemed Christian Church of God is domiciled in more than 170 Nations & Territories. The tweets here are in accordance to Article 19 of the United Nations (UN) universal declaration of Human Rights.

Adding his voice to the reactions that had continued to trail the central government’s decision on Twitter barely 24 hours after celebrating his 80th birthday that was attended by Lagos State Governor, Babajide Sanwo-Olu and his Akwa Ibom counterpart, Udom Emmanuel, the cleric opined that his members were currently scattered across the world and that his Twitter account cannot afford not to be active.

Kumuyi added: “In view of the Twitter ban in Nigeria, please note that the content shared on this handle is targeted at a global audience in more than 5 continents and over 100 Nations and we share the content from any of these locations”.

Meanwhile, the Federal Government delegation, after meeting Diplomatic Missions in Nigeria, noted that Nigerian tweeps, particularly those whose’s ventures thrive on social media may have to wait as it was not ready to lift the ban placed on Twitter operations.

After the meeting in Abuja, which was attended representatives from Canada, the United States (US), the European Union (EU), the United Kingdom (UK), and the Republic of Ireland, the Minister for Foreign Affairs, Godfrey Enyeama, disclosed that explained that the government would continue to do all within its power to protect Nigeria’s territorial integrity.