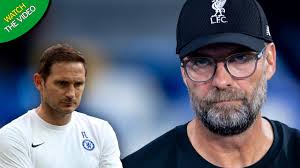 By News desk with agency report

Liverpool Manager, Jurgen Kloop, has described his team incredible run of 15 straight wins in the Premier League at Chelsea’s Stamford Bridge as exceptional but insisted that they try not to think about it.

The German boss was asked about his team’s impressive run after overcoming Chelsea on Sunday, where Trent Alexander-Arnold and Roberto Firmino both scored to help wrap all three points for the Reds.

And Klopp was full of praise for the duo and the rest of his players’ effort as they survived a late Chelsea onslaught at Stamford Bridge.

It was a really good performance and we scored two wonderful goals,’ Klopp told Sky Sports. ‘It was an exciting game and it was intense and you will never win at Chelsea without putting a proper shift in, and I think we deserved the three points.

‘We work on set-pieces. All the things you do in training you want to see out on the pitch but the boys make the decisions themselves on the pitch. They moved the ball and Trent has a free shot.’

When asked about the run of 15 straight wins in the Premier League, Klopp recognised the achievement but was quick to play it down.

‘It’s exceptional, but what can I say? We try not to think about it, we just do what we have to do in the next game and fight for each ball and it is always really hard work.” he said.

A key moment in the win over the Blues came when Cesar Azpilicueta’s equaliser was ruled out by VAR due to Mason Mount being in an offside position.

Klopp was keen to point out that offside should be black and white and that it was a straight-forward decision.

‘Offside I think is the easy decision when it comes to using VAR. We have to accept that offside is offside,” he said.