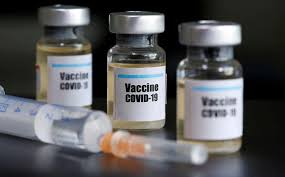 The European Union has projected that the coronavirus vaccine may be ready for use within one year, saying that the pandemic preventive medicine would possibly be approved by 2021.

It said that the vaccine was still in the development stage and that the process was being sped up in order to ensure that the medicine was approved for use within the one-year prediction mark.

The Head of Vaccines at the European Medicines Agency (EMA), Marco Cavaleri, disclosed that the agency, in partnership with 33 vaccine developers, was observing all diligence in order to ensure the production of the preventive drugs by September 2020.

Cavaleri, who confirmed the vaccine development while speaking to newsmen on Thursday, stated that the European Union intended to produce enough preventive medicines to allow use within the continent as well as supply to other nations across the globe.

He gave assurance that the need for speedy production would, however, not be allowed to interfere with the quality control processes, saying that all necessary testing protocols and pharmaceutical assessment procedures would be carried out ahead of the projected approvals.

According to Cavaleri, the agency was set to ensure that the vaccines were safe and effective before releasing the medicines out for use.

“For vaccines, since the development has to start from scratch … we might look from an optimistic side in a year from now, so beginning of 2021”, he said.

The vaccines head revealed that the agency had assessed over 115 different coronavirus treatments, saying that some of the therapies would be approved for use by the EU in coming days.