10 rice farmers die, others go.missing after boat mishap in… 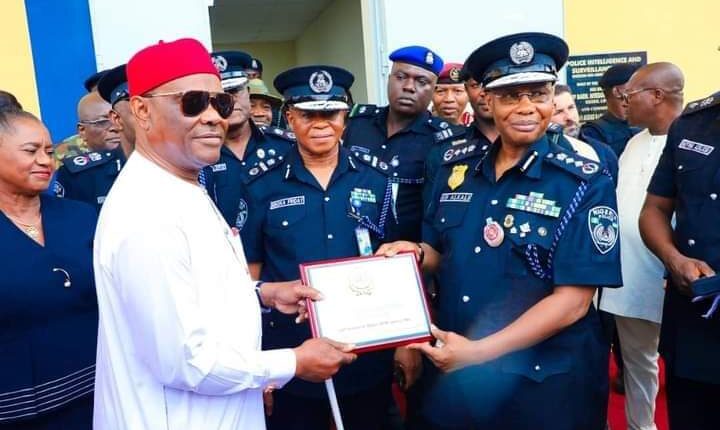 As the 2023 election draws near, the Rivers State Governor, Nyesom Wike, has disclosed that members of the state’s Peoples Democratic Party (PDP) would make their choice of their presidential candidate known soon particularly before the poll.

Wike urged the people of the state to vote in the candidates of the PDP for the governorship, National Assembly and state House of Assembly seats.

The governor made this known on Tuesday when he commissioned the Rukpokwu-Igwuruta Link Road in the Obio-Akpor Local Government Area of the state.

He, however, told the people that the decision on the candidate the state will support for February 25, 2023, presidential election will be made known after deliberations.

“Then the other one, I will come and tell you where you will vote. All I will tell you is don’t worry, calm down, these ones that I mentioned, make sure you vote for them. Very soon, we will meet and take a decision on where we are going,” he added.

The governor’s announcement came barely a week after his Ebonyi counterpart, Dave Umahi, and an ally of All Progressives Congress (APC) presidential candidate, Bola Tinubu told Wike that the former Lagos governor does not need logistics support but the votes of the people of Rivers.

Wike, a PDP governor, not on good terms with his party’s presidential candidate, Atiku Abubakar, had promised logistics support for the campaigns of the presidential candidate of the Labour Party (LP), Peter Obi; and his New Nigeria People’s Party (NNPP) counterpart, Rabiu Kwankwaso who recently commissioned projects in Rivers.

With the 2023 presidential poll about three months, there were fears that the intra-party squabbles between Wike and Abubakar, over request for the chairman, Iyorchia Ayu, to resign after he claimed that his continued stay in office would affect the chances of the Adamawa-born politician at the polls next February.

Wike and four other PDP governors known as the G5 or the Integrity Group want Benue-born Ayu to step down for a southerner over what they called the dominance of the north within the party.

While Wike and his allies have not campaigned for Atiku, it is not clear whether they will support any of the other frontline candidates including Obi, Kwankwaso or Tinubu.