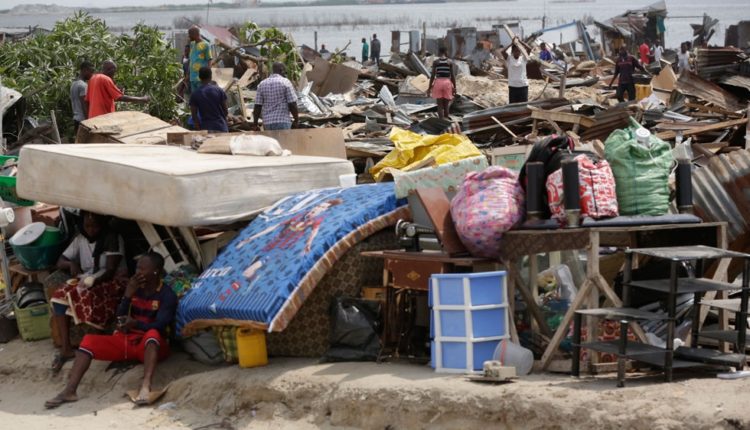 Farha gave the warning at the end of a 10-day visit that took place in Abuja, the southwestern commercial hub of Lagos and southern oil city Port Harcourt.

While criticising the use of force by State government authorities and property developers, she argued that the government often embark on the act to create space for luxury accommodation.

According to her, the practice is often carried out in cities, most notably in the port city of Lagos, to make space for luxury housing which is unaffordable for the majority of locals. 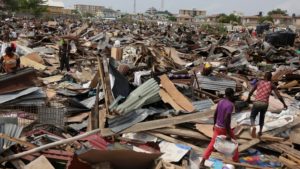 Apparently referring to Otodo-Gbame Community, a suburb in Lekki where some occupants were killed and thousands of others forcefully evicted by the Lagos State Government.

It was learned that the community had been converted to a luxury Estate and sold at an exorbitant rate to rich home seekers.

Farha said hundreds of thousands of Nigerians, mostly women and children, had been evicted from their homes in the last few years by people using firearms, arson and arbitrary arrests.

“A national-level moratorium on forced evictions should be declared by the Federal Government until adequate legal and procedural safeguards are in place to ensure that all evictions are compliant with international human rights law,” she said in her recommendations.

Nigerian authorities have previously said shanty towns have been demolished because they were home to criminal gangs, making them a security threat as well breaching building regulations. And the state government in Lagos, which attracts thousands of people each day in search of work from across Nigeria and neighboring countries, has repeatedly denied reports of brutality and possible violations of human rights laws.

The UN rapporteur said a national commission should be established to investigate alleged human rights violations and it should have the power to provide compensation.