Over 250,000 Lagosians to get free eyeglasses, hearing aids,… 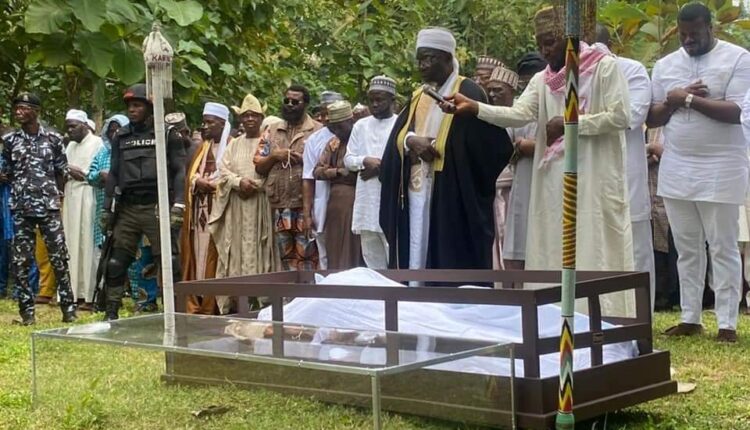 Markets and shops were said to have been shut down by traders and other business operators across Ila-Orangun in Osun State to bid former Inspector General of Police (IGP) Tafa Balogun, an eternal farewell in the state.

Aside from shelving business activities, the traders, as a mark of respect, participated in all Islamic rites and escorted the body of the deceased former police boss to the graveside.

The decision, it was learnt, was further aided by the traditional ruler of the town, the Olu of Ila-Orangun, Abdulwahab Adedotun, who directed that markets and shops in the community should remain closed in honour of a son of the town.

The body of the former police officer, who passed on at the age of 74, was laid to rest around 2:15 p.m in accordance with Islamic rites on Saturday in his country home at Ila-Orangun.

Before the body was interred, the Chief Imam of Ila-Orangun, Salaudeen AbdulHamid, had led dozens of people that had gathered at the town’s General Eid praying ground to observe prayers for Balogun’s repose deceased

Balogun’s burial came two days after he was pronounced dead by medical experts at a private hospital in Lagos state where he had been receiving treatment after failing sick. 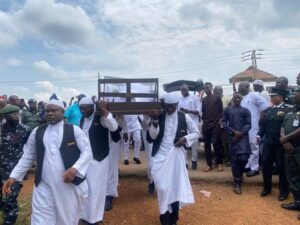 A foodstuff dealer at the Oja Obi market, Sulaiman Kolawole, narrated that he wept when the former police chief was interred considering his support for the town.

Kolawole said many of the Ila-Orangun indigenes got employed in the Nigerian Police due to his support, particularly while serving as the country’s IGP.

“He is somebody that loves his hometown and his people and we also love him. If not for his sacrifice and the help he used to offer to us, our town would not have been this developed,” he said.

“I cried today while they were putting his remains inside the grave. He is a loving person and a very good man. He is always ready to listen to us.

“Many of our children have been enrolled in the police force because of his assistance. Recently, some of our people were also employed in the Nigeria Security and Civil Defence Corps, it was with his intervention they got those opportunities.”

The Principal of Nurudeen Grammar School, Ila-Orangun, Adewunmi Wasiu, said he lost focus when he received news of the death of the former police chief who he described as a rare gem in Ila.

“I was shocked when I heard the news of the death of Tafa Balogun, when they brought the news to me, I lost focus on what I was doing. I did not know what I am doing again. I am deeply saddened. We have lost a rare gem in Ila.

“I have been opportune to meet Tafa Balogun while I was serving as the National Secretary of Ila National Students Association in 2004. During that time, he employed more than a hundred people from Ila in the police force. He is a very good man loved by everybody in this community,” Wasiu said.