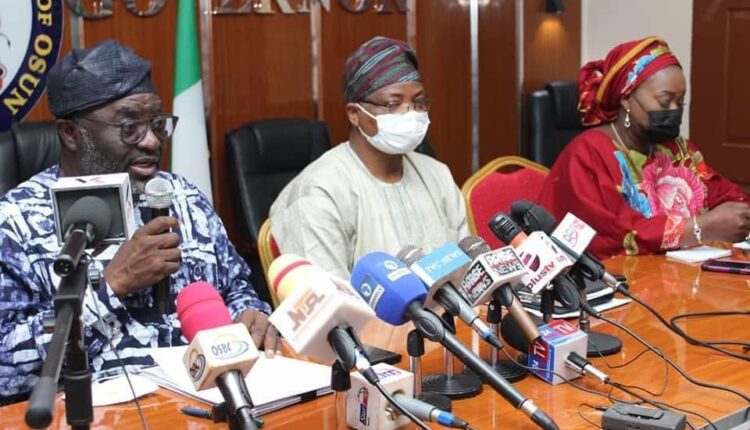 The Osun State Government has unveiled plans to honour 28 distinguished and prominent citizens of the state with lifetime achievements award as part of activities lined up to celebrate the 30th anniversary of the state’s creation.

The Chief of Staff to the Governor, Dr. Charles Akinola, while addressing journalists at a press conference on Wednesday, on the imperatives of the anniversary celebration, said that the anniversary colloquium would be a hybrid event, organised both in the physical and virtual spheres, adding that the decision was necessary because of the peculiarity of the season.

According to him, this is an anniversary worth celebrating because of the illustrious struggles and successes the state has recorded in its journey, and also an opportunity to catalogue milestones recorded in the journey so far.

“The objective of the colloquium, among others, is to discuss the developmental strides in the State of Osun since creation, the roles played by actors till date, key lessons and suggestions for attaining greater heights”, he said.

Akinola added that the anniversary colloquium would be followed by a State Banquet and Award ceremony at a date to be determined, for some distinguished citizens in recognition of exceptional productivity and significant contributions to the social and economic development of the State and humanity in general.

The awardee, totalling 28 distinguished citizens under four broad categories, were selected by a Jury, on the basis of their service to Osun and contribution to the global and local society.

“Both indigenes and non-indigenes who have contributed to the development of Osun were meticulously selected, and there is no restriction to age, gender, religion, ethnicity or tribe. It is our conviction that this will serve as inspiration to others to contribute to the progress of the State”, Akinola said.

Just IN: Zamfara Govt. shuts down schools after students abduction