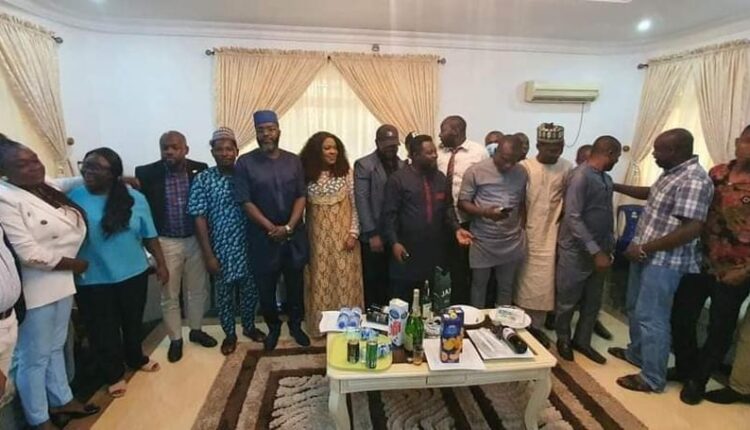 Days after reports emanated that Vice President, Prof. Yemi Osinbajo, was nursing 2023 presidential ambition, his aide on New Media, Philip Obin, has assembled a group of online media influencers and commentators to fashion out a harmoniously working pattern between his office and the group ahead of ruling party, All Progressives Congress (APC), presidential primary election.

As gathered, they have met and aimed at promoting interest of the party in their various media engagements, especially in view of the forthcoming National Convention in the country.

Although, the vice president had not publicly addressed the rumour about his presidential ambition flying around in the media and instead remain silent as well as allowed the speculation to continue lingering.

The Vice President’s aide met and interacted with media influencers including aides to serving Ministers, Governors, Senators, members of the House of Representatives, diaspora chapters, and other party faithful from the 6 geopolitical zones of the country.

During the meeting that lasted for over three hours yesterday evening, they were said to have resolved to constitute a formal structure with leadership to represent and manage its affairs and agreed to approach their media engagements from a different perspective as against the previous strategies.

As learnt, the agreement was reached after it was discovered that the bigger fight ahead particularly for APC was with the opposition parties including the Peoples Democratic Party (PDP).

They were also said to have agreed that the argument on the 2023 aspiration should be tune down considering that the election year was still some distance away and that it would enable party leaders to focus more on delivering good governance to the Nigerian people without unnecessary distraction.

After the conclusion of their deliberation, they set up an ad-hoc working committee with the aim of assisting in putting together a working document and report back to the group as soon as possible for further deliberation.

Meanwhile, they were said to have discussed how to better project the programmes, policies, and achievements of the APC – led federal government to the Nigerian public, using available tools and resources.

The participants used the opportunity to appeal to leaders and stakeholders of the party to bring them closer and ensure their interests were fully and legitimately protected in the scheme of things across APC levels.

Earlier during the meeting, Obin commended the team for their selfless service, sacrifices, and commitment to the party since 2013, and the President Muhammadu Buhari-led administration since 2015.

He said the meeting provided participants a unique and timely opportunity to discuss a variety of issues, including how to practice and carry on ahead of the forthcoming national convention and presidential primary election which recently had seen some media influencers, practitioners, and commentators with the APC family trying to drag or malign certain party leaders in the course of projecting their aspirants or prospects.