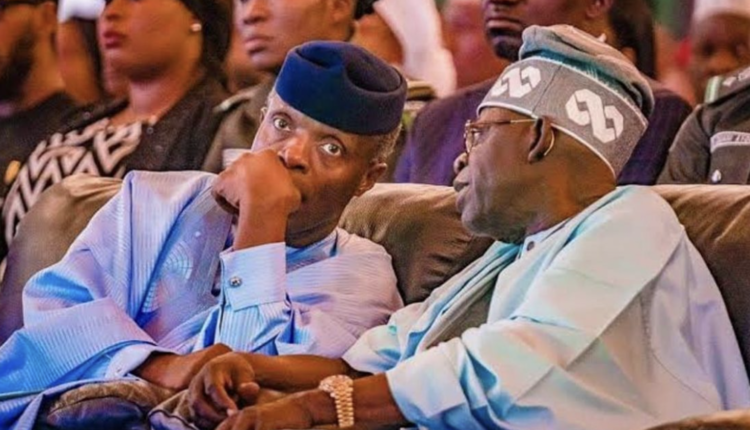 His emergence as the presidential candidate of the All Progressives Congress did not come easy unlike that of the opposition parties.

Bola Ahmed Tinubu fought the APC internal plots against him on his way to clinching the ticket.

The PDP presidential candidate, Atiku Abubakar flew in from Dubai as he had always done every four years to slap his current tormentor, Nyesom Wike and pick a ticket.

He won the ticket so easy that Wike who had laboured for years for the party felt betrayed.

For Peter Obi who left PDP for Labour Party, the ticket easily fell on his lap as other candidates, including Professor Pat Utomi withdrew from the race.

After the APC primary, Tinubu said he had to resort to prayers amidst very strong gang up against his ambition.

The plot to bury his political legacy was thick by those who knew much about him. They sponsored stories, they wrote some and verbally attacked the man who once stood by them. Nevertheless he emerged with a very wide margin.

For me, the plots, the politicking and the outcome of APC presidential primary signify in a way the emergence of President Muhammadu Buhari’s successor. It was formed that day.

No one, including Tinubu himself believed that the plots would fail so easily on the night.

No doubt he had a stronger game plan, he was waiting for a fresh betrayal. But on that night, those who later promised loyalty delivered their votes, some aspirants stepped down, some former allies tested their strength and lost. Chief of them is Osinbajo.

I do not blame the professor for trying his luck but I will not like to hear new words of praises from him for Tinubu. For me, his words now will not carry weight, it will only raise questions of integrity.

Because on that night Osinbajo prided himself as the best but the ink of endorsement and oil of anointing failed to flow, as democracy prevailed. What will he say to redefine Tinubu?

And now for the formation of the Tinubu/Shettima presidential campaign that is generating fuss because Vice President Yemi Osinbajo is not there and Rotimi Amaechi is put at the bottom of the list.

The question to ask is whether Tinubu should push his luck. Yoruba has this to say, “Òrìṣà bó o le gbà mí, se mí bó Se ba mi”.

Should Tinubu continue to trust those who do not believe in him? Should he pretend to be a good man to his opponents who found it so difficult to congratulate him after his victory.

I love men who will not pretend and I think Tinubu is one of them. Perhaps in his emergence as the next Nigeria’s president, he can mend fences with some set of politicians, not now that some of them are pretenders.

Looking at this picture from another angle, will Osinbajo be able to combine the best words to sell Tinubu, knowing that the public will use this to not only measure his sincerity but also his integrity?

I sense that somebody must have pulled out of this council to save his so called “integrity” or somebody has refused to include somebody to save somebody’s face.

In any case, Tinubu has the major stake in the formation of the campaign council and he is being careful not to push his luck.

He was lucky at the primary. His confidence in the face of antagonists was definitive when luck smiled at him. He should not push it.