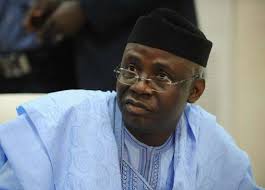 The General overseer of the Latter Rain Assembly, Tunde Bakare, has said that Vice President, Yemi Osinbajo, will over come his his present travails and he will have the last laugh in the presidency.

It would be recalled that the Osinbajorecently denied claims made by a former APC official, Timi Frank that the Federal Inland Revenue Service (FIRS) provided N90billion as campaign funds for for the vice presidentduring the 2019 elections.

Bakare , who backed the Vice President and said he found the allegation difficult to believe, added that Osinbajo will have the last laugh.

You think I am stupid? Except he has violated his oath…,” he added.

Bakare , who also said that a trending video of him saying he will become Nigeria’s next President was merely an expression of his aspiration, also pointed out that the video is seven months old, adding that what God showed him was his personal business.

He had a right to aspire to the highest office, adding, “It is the true expression of my political ambition. Whatever God has shown me is my private ambition,” Bakare said.