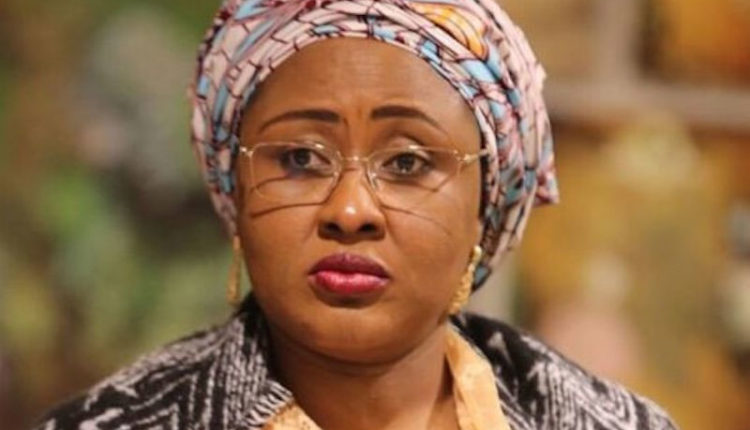 They also added that the Nigerian first lady remains a voice of conscience, a trait they claimed, has endeared her to Nigerians from all walks of life.

The notable politicians also commended the president’s wife for her virtues of sincerity and courage, as well as her contributions to the development of the country, particularly being a strong ally to her husband, President Muhammadu Buhari.

The eminent personalities noted that with her courage in the face of strict opposition, Aisha has successfully carved a niche for herself as an agent of unity and development across Nigeria.

Osinbajo said that the president wife has demonstrated values of courage, integrity, and selflessness that have distinguished her across the country.

“History has shown that it doesn’t matter how many degrees you have or how many titles precede or honours follow your name, or how high the position you hold. The rare privilege of public service can only be justified by courage, integrity, and selflessness. To these, Aisha Buhari adds being yourself, being different,” he said.

The vice president added, “Aisha, as the world has come to know her, is kind-hearted; this made her transition to philanthropy and humanitarianism easy. When she became the first lady, her protective mien was exerted when women, children, and other vulnerable people are abused,” Professor Osinbajo said.

“I have observed with keen interest, as she addresses many of the social concerns that have given her sleepless nights. She has, therefore, been a worthy partner and a beacon for some of the good things that Nigerians have come to identify with our government.”

Tinubu, who was a former Lagos State Governor, said that with Aisha’s antecedent and performance, the role and unofficial office of First Lady as being faulted by some Nigerians had been laid to rest.

Tinubu spoke during his remarks at the public presentation of Aisha’s biography, “Aisha Buhari: Being different,” written by the Senior Special Assistant to the President on Administration and Women Affairs, Dr. Hajo Sani.

According to the APC leader, given the First Lady’s achievements, no one can reasonably question the role of a First Lady any longer.

“Remember there were those who argued that the constitution does not assign an official role to the First Lady. Because of Dr. Mrs. Aisha Buhari, their concerns have been forever laid to rest

“Remember that there were those who argued that the constitution does not assign any official role to the First Lady. With Dr Aisha Buhari, their concerns have been forever laid to rest.

“The first lady has played an uplifting, unifying role both in symbol and substance. She has been a voice of conscience calling us to be of our better self for the good of the nation and for the vulnerable among us.”

On his part, Fayemi described Buhari as the voice of the voiceless, adding that her frankness endears her to many Nigerians. He added that the governors are proud to be associated with the first lady as the defender of the defenseless.

“Yes, that candour may appear in a manner of indiscretion. Some might even argue that when you are in this gilded cage otherwise known as the Presidency, you are not supposed to be seen to say some things but I think it is in that candour that we have authenticity of our First Lady and that is what endears her to majority of Nigerians, that is also what being different is about.”

He added, “When some people say, ‘Oh, why is she speaking? Why is she defending the defenceless? Why does she demonstrate courage of conviction?’ I will advise that they go and read this book and see the role she played leading up to the process itself, particularly in the aftermath of the 2003 unsuccessful efforts to the presidency and subsequent ones in 2007 and 2011 how she mobilised very weak and tired supporters and rebuild the movement of our President to the Presidency.”

Kaduna Gov. insists on wiping out bandits, others terrorising Nigeria