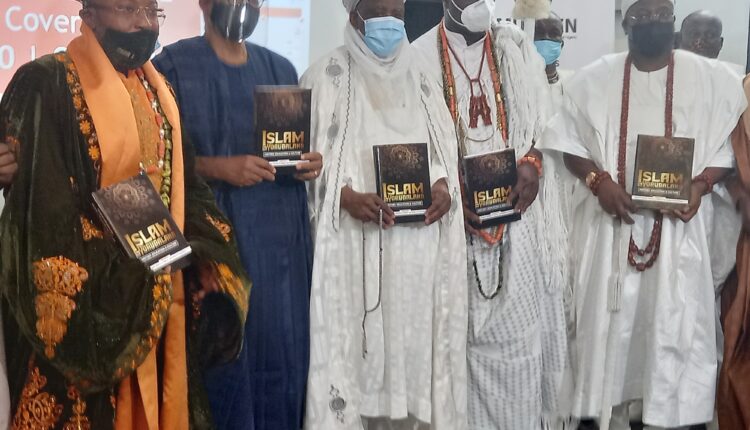 Vice President, Yemi Osinbajo, and Sultan of Sokoto, Sa’ad Abubakar, have attributed rising agitations, dissatisfaction, and insecurity across the country to poverty and misinformation in the land, adding that more needed to be done in empowering and teaching younger Nigerians about the nation’s history.

Osinbajo noted that it was saddening that those who are ill-informed have taken the mantle of leading separatist movements and promoting causes capable of pitching Nigerians against each other in a bid to achieving their agenda.

He argued that though the country was facing challenges and that the President Muhammadu Buhari-led administration was exploring different options to bring about lasting solutions, it was important that Nigerians support the government by shunning divisive rhetoric and their promoters.

The Vice President spoke on Wednesday during the launch of the book titled ‘Islam in Yorubaland: History, Education and Culture’, by an Islamic body, Muslim Ummah of southwest Nigeria (MUSWEN), held at Radisson Hotel, Ikeja GRA.

Osinbajo who was represented by the Special Adviser to the President on Political Matters, Babafemi Ojudu, urged religious and traditional to continue supporting the government in amplifying the message of peace and religious tolerance across the country.

“We should all agree that what unites us is more than what divide us. As a religion of peace, I urge Islamic scholars and religious leaders in South West to assume the drivers’ seat in campaigning against comments, preachings, and rhetorics capable of disintegrating Nigeria and Nigerians,” Osibanjo said.

On his part, the Sultan noted that aside from history,  religious leaders and scholars across Nigeria must rise up in feeding their followers with truth and the true meaning of faiths they profess, and how religious tolerance can foster harmony across the country.

The first-class monarch stated that it had become imperative for stakeholders to rise up and devise policies that would bring to barest minimum the issues of misinformation across the country, particularly those hinged on religious differences.

He regretted that issues of national importance are being left in the hands of ignorant and illiterate citizens who are bent on setting the country up in flames through negative narratives.

Also speaking, the event’s Guest Speaker, National Missioner, Ansar-Ud-Deen Society of Nigeria, Imam Abdur-Rahman Ahmad, who spoke on the importance of Islamic history among Muslims, opined that in setting the right precedents for adherents, it was important for Islamic scholars to end unnecessary rift and division among their circles.

“Islam has been in Yoruba land for more than 800 years. 800 years of peaceful coexistence, impact, assisting the integration of the people and promoting integration, education, enhancing culture and enriching the language.

“Therefore as Muslims, we must resist the temptation of rising against society, we should relate with the society in a manner that promote peaceful coexistence. You see, ultimately we would differ as we cannot all be Muslims, some will be Muslim and others will be non-muslims and there is nothing wrong with this. We must just respect our differences and co-exist peacefully,” he said.

He added that there must be internal cohesion among Muslims, particularly those in South West region of the country in collectively tackling challenges facing the community, particularly negative narratives on Hijab (Islamic headscarf) usage in schools and other public institutions.

The scholar noted that it was high the practicing Muslims across the region begin participating in activities that would bring about attitudinal changes in public offices, schools, and other public institutions on the perception of Islam and Muslims with their choice of dressing.