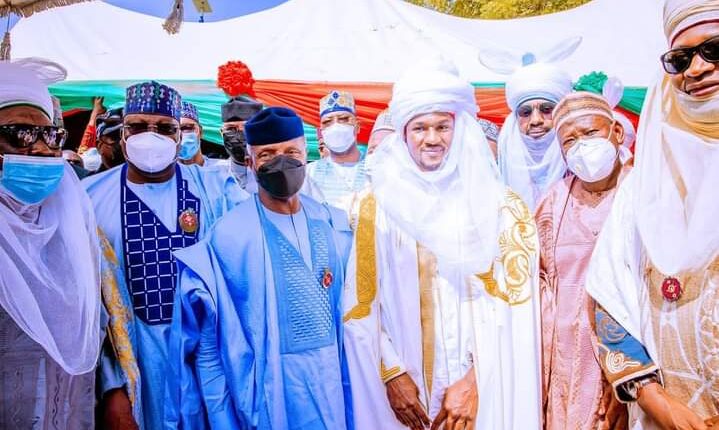 The Vice President, Prof. Yemi Osinbajo, and President of the Senate, Ahmed Lawan, led dozens of dignitaries to the turbaning ceremony for President Muhammadu Buhari’s son, Yusuf, as the head for Kwasarawa district, in Katsina State.

Osinbajo and Lawan as well as other dignitaries witnessed the coronation of the President’s son as the Talban Daura for his father’s hometown, Daura.

Other dignitaries at the ceremony were the State Governor, Aminu Masari, and his Kano counterpart, Abdullahi Ganduje, the Aviation Minister, Hadi Sirika, and Science and Technology, Ogbonnaya Onu, as well as many other Senators.

Others at the ceremony include the father-in-law of the new Talba, the Emir of Bichi, Nasiru Ado Bayero, and other traditional rulers. 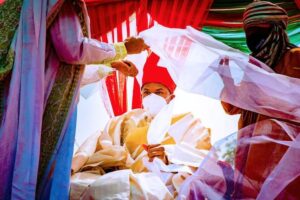 The President’s son was turban on Saturday before hundreds of residents that were at the premises of the Daura monarch where Yusuf was installed as a chief in the ancient town.

This ceremony came barely 24 hours after the father celebrated his 79th birthday in Istanbul, Turkey’s capital where he was attending the Turkey-Africa summit which was targeted at boosting trade and other activities between Nigeria and its sister nations, as well as, Turkey.