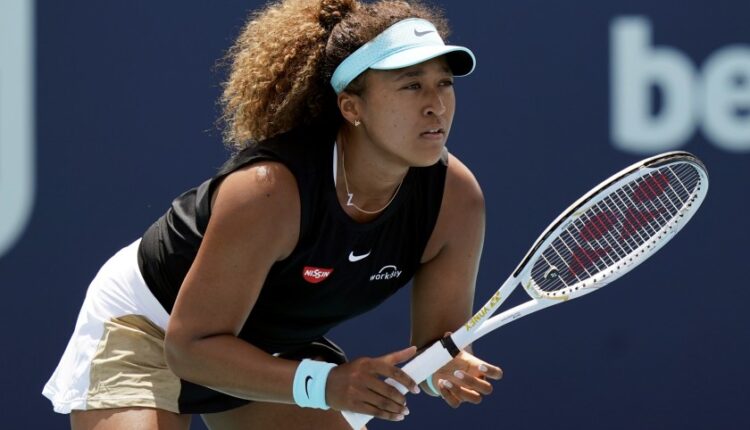 Japanese Table Tennis star, Naomi Osaka, has crashed out of the Olympics tennis competition after losing in straight sets to Marketa Vondrousova of the Czech Republic in the third round.

Osaka, who lit the Olympic cauldron in last week’s opening ceremony, produced an error-strewn performance in losing 6-1, 6-4 to Marketa Vondrousova, ending her cherished dream of winning on home soil.

The 23-year-old — one of the faces of the Tokyo Games — had not played since May, when she walked out of the French Open saying media commitments were harming her mental health.

The second seed, who was broken five times in the match, will be bitterly disappointed at missing out on a chance of Olympic gold, especially as world number one Ashleigh Barty lost in the first round.

The top two women’s tennis players have now lost at the Olympics. Top-ranked Ash Barty of Australia lost in straight sets in the tournament opener.

Osaka, a four-time grand slam champion, did not move as well as she can, perhaps a legacy of the eight-week break she took for mental health reasons prior to this tournament.

Osaka said: “I definitely feel like there was a lot of pressure for this. I think it’s maybe because I haven’t played in the Olympics before and for the first year (it) was a bit much.

“I think I’m glad with how I played, with taking that break that I had. I’ve taken long breaks before and I’ve managed to do well. I’m not saying that I did bad right now, but I do know that my expectations were a lot higher.

“I feel like my attitude wasn’t that great because I don’t really know how to cope with that pressure. So, that’s the best that I could have done in this situation.”

She admitted that it was a painful defeat, saying: “I’m disappointed in every loss, but I feel like this one sucks more than the others.” Osaka had won 25 of her last 26 matches on hard courts, winning grand slam titles at the US Open and Australian Open.