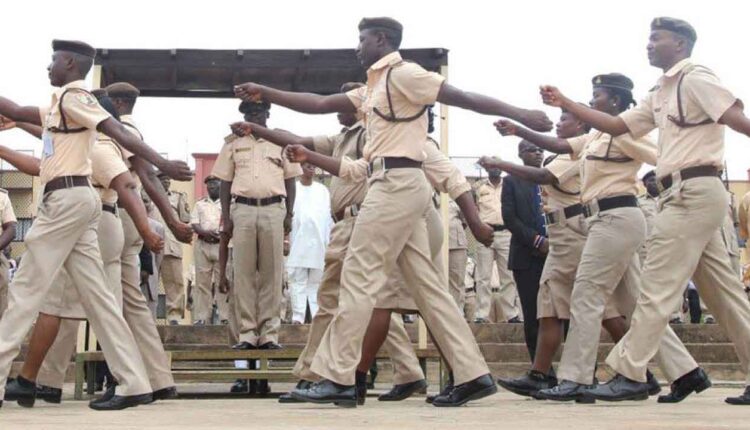 Share
The Benue State Governor, Samuel Ortom, has called for more funding, personnel, equipment, and training for the Nigerian Immigration Service (NIS), as part of measures to enable the service delivers on its mandate.
He said that the call had become imperative after considering issues bordering on insecurities across the country and that the need to strengthen all security apparatus for optimum service delivery in guaranteeing the safety of lives and properties of Nigerians.
The Governor noted that the service needs more funds to play her role in tackling security challenges in the country and at such ensure stronger immigration service.
Speaking when he played host to the Comptroller of the service in Benue, Dr. Festus Amareze, in Makurdi on Tuesday, Ortom who commended the service for closely monitoring immigrants coming in and out of the country, added that the NIS had, over the years, complemented the state government’s efforts in curbing illegal migration.
“NIS’ mandate requires more funding, personnel, equipment, and regular training. We must fully support it,” he said.
The governor appealed to the service to ensure that only eligible persons were allowed into the country in ensuring adequate manpower are put in necessary places to checkmate activities of illegal migrants being recruits as herdsmen in the country.
“There are Fulani herdsmen everywhere just like other tribes in the world. There are Fulani indigenes in Benue and in my government. NIS should ensure that immigrants do not come into the country to terrorise us like the herders are doing,” he said.
Speaking earlier, Amareze said that immigrants living with expired documents in the state should leave on or before Sept. 15, to avoid deportation.
The NIS official said that the outfit was monitoring activities of immigrants, adding that those with expired documents would be deported.
He said that NIS personnel had intercepted two child traffickers and identified their routes within the last two months and that motorists were being sensitised at the parks as part of measures to check child trafficking.