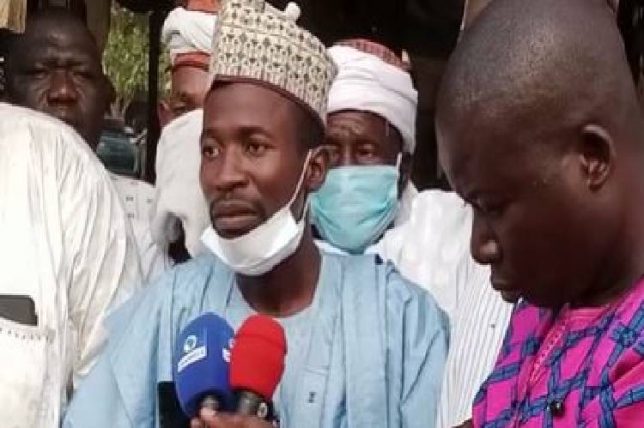 After several weeks of appeal to Federal Government, the Onion Producers and Marketers Association of Nigeria (OPMAN), has threatened to cut off supplies of its products to Lagos, Rivers, Edo, and 14 other Southern states if the Federal Government refuse to respond to their demands in next three days.

The marketers’ demands were that the apex government compensate them for the losses suffered as a result of attacks on their goods during the protests against Nigerian Police brutality, codenamed EndSARS across Imo and Abia States and Shasha crisis in Oyo states were several of their members were reported to have been killed and goods destroyed.

OPMAN further requested that the central government restores law and order across the southern states as well as a thorough investigation to uncover the remote causes of those responsible for attacks on their members.

According to the marketers, the federal government has between Monday 7th of June and Friday 11th of June to communicate how their members would be compensated for the loss that amounted to billions of naira.

In a statement on Sunday by OPMAN’s President, Aliyu Isa, and made available to newsmen, hinted that government, through a commission headed by Kogi State Governor, Yahaya Bello, pledged to repay their members.

Isa noted that the agreement was reached after they had earlier appeal for compensation and that the government delegated the Kogi governor to meet with them for dialogue.

According to him, during the dialogue, we presented our case especially on how many of our members suffered severe losses including lives and money during the EndSARS and Shasha crises in Abia, Imo, and Oyo states, but was yet to receive any compensation.

The OPMAN president argued that the members were currently saddened by the fact that some people were already compensated for their losses, but nobody sees reason to remember the onion marketers.

While appealing to host communities in the region to respect the constitutional rights of northern traders in their respective states, Isa noted that members of the association have lost onions and property worth N4.5 billion in various attacks in the South-East and should be compensated.

“During the Aba crisis in Abia State, OPMAN lost three members, while about 30 trailers, nine utility cars, 50 stores and 10,000 bags of onion, among other valuables belonging to their members, were destroyed.

“In Shasa, Oyo State, 27 lives, five trailers, 5,600 bag of Onions, 12 utility vehicles and other valuables were lost while in Imo State, our members lost over N13 million worth of onions recently after they were attacked and robbed by hoodlums.

“After full deliberation by the executive members of this association and the failure of government to respond to our cry, we have resolved that we are shutting down the supply of onions to the entire South by Friday 10th, 2021, unless all our demands are met.”