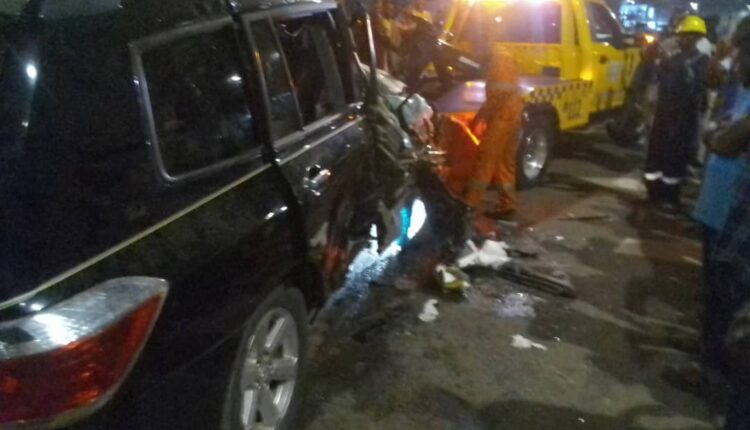 Atleast one person has been confirmed to have died and another sustained varying degrees of injuries when a Sport Utility Vehicle (SUV) rammed into a truck along Airport road in Lagos State.

It was learnt that the vehicle with number plate BDG732FD rammed into the truck from behind at the 7 & 8 bus stop end of the road leading to the Murtala Muhammed International Airport (MMIA), Ikeja.

Eyewitnesses narrated that the injured victim was rushed to the hospital while the Lagos State Emergency Management Agency (LASEMA) has handed over the deceased occupants to his relatives for onward burial in accordance with their religion.

Speaking on the accident after completing the rescue operations at about 01:15a.m on Saturday, Director General of LASEMA, Dr. Olufemi Oke-Osanyintolu, said that the deceased was an adult male. 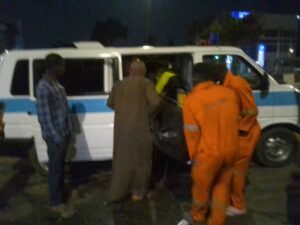 The LASEMA boss stated that the agency was contacted through its emergency toll-free lines at about 11:50p.m, saying we responded immediately.

Oke-Osanyintolu said: “Further investigation on arrival revealed that the accident was due to reckless driving. Unfortunately, the driver of the Toyota Jeep Lost his life, while the passenger sustained serious injuries and had been taken to the hospital before the arrival of the LRT.