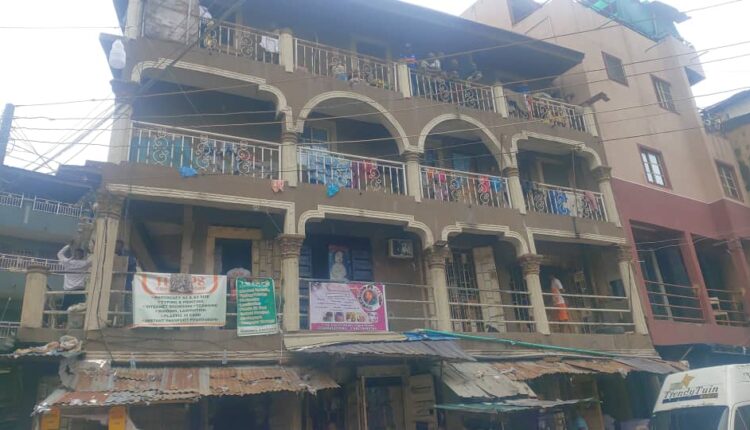 A 5-year-old boy has been reported to have died and scores of others sustaining minor injuries when a distressed three-storey building in Adeniji Adele axis of Lagos State partially collapsed on the occupants.

It was learnt that the building sited at 19, Church Street of Adeniji Adele Street in Lagos Island partially caved in at night when some of the occupants including the deceased child, were already asleep.

The Guild gathered that the tragedy occurred when a room beam gave way and fell on the five-year-old boy, resulting in the death of the child.

Confirming the causality figure on Thursday, the Director-General of Lagos State Emergency Management Agency (LASEMA), Dr. Olufemi Oke-Osanyintolu, stated that the yet-to-be-identified child had been evacuated from the building.

Oke-Osanyintolu stated that the emergency response strategy of the agency saved the lives of other occupants of the distressed building and adjourning structures in the community.

The LASEMA boss explained that the agency has evacuated other occupants of the distressed building and has cordoned it off to prevent further loss of lives in the state.

He hinted that the occupants of the building had been directed weeks ago by the Lagos State Building Control Agency (LABSCA) officials to evacuate in other to avert tragedy.

According to him, further investigation revealed that the building had been slated for a non-integrity test because of visible cracks on the beam and columns of the building.

“All the tenants have been asked to evacuate the building, and also the building has been cordoned off by LASEMA and LASBCA for the safety of residents”, he added.

As gathered, some of the occupants rather than yield to LASBCA earlier warnings, returned to the building and continued their stay until they were evacuated after the partial collapse that claimed the boy’s life

Aside from the Director General’s Team, and LASEMA Response Team, LASBCA, and the Lagos State Safety Commission were also present at the scene to conduct a proper assessment of the affected building and sensitisation.