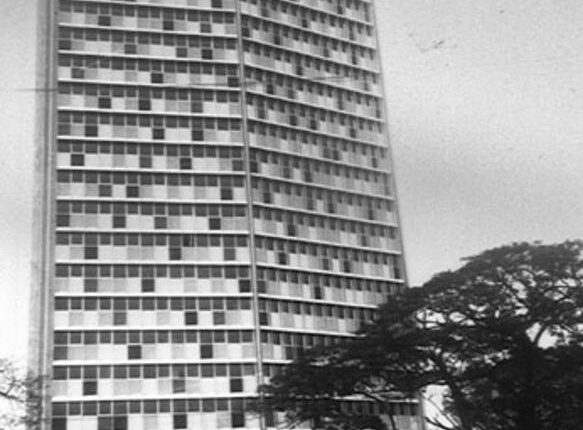 Activities around the Cocoa House environs in Ibadan, the Oyo State capital, were on Wednesday halted after an elevator collapsed and killed one person in the historical building.

Aside from the fatality recorded, three persons were said to have also sustained varying degrees of injuries during the unfortunate accident that happened while the elevator was been repaired.

The Guild learnt that the elevator which fell during repairs killed one of the technicians trying to fix a new one in its position instantly.

Confirming the development, the Head, Corporate Affairs, Odu’ua Group, an Investment Company Limited, said that the sad event took place while the technicians were to replace the old elevator with a new one.

According to him, the elevator machine suffered a mechanical failure while the technicians were trying to install a new one on it.

He noted that after the incident happened around 11 am on Wednesday morning, the company had informed the police and other relevant authorities, while other technicians who sustained injuries had been taken to hospital for proper medical attention.