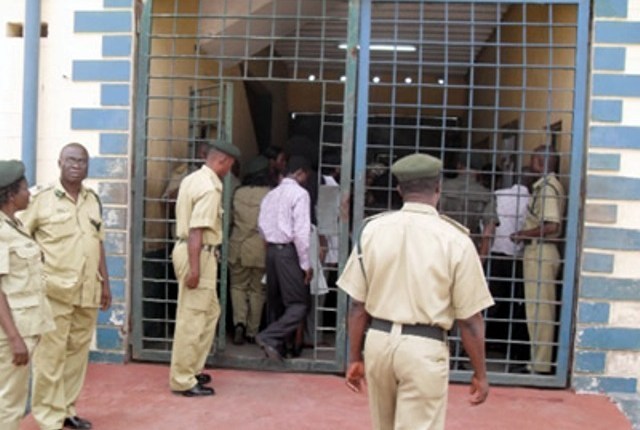 The Ondo State Governor, Oluwarotimi Akeredolu, has condemned withdrawals of troops deployed by the Nigerian Army to Correctional Centers across the state, saying the action may bring about another case of jailbreak.

Akeredolu wondered why the Chief of Army Staff would withdraw soldiers stationed at the correctional centers owned by the Federal Government and redeploy them elsewhere for security operations in the country.

The governor, who raised the alarm on Wednesday after receiving a full briefing of the situation from the Commissioner of Police, Oyediran Oyeyemi, at the State House in Akure, the state capital, said that the troops were redeployed yesterday, leaving the correctional center in the hands of the prison warders.

Through a statement signed by his Chief Press Secretary, Richard Olatunde, he accuses the Army of inducing steps towards another jailbreak in the state.

“This development came as a surprise, considering the fact that both the Nigerian Army and the Nigerian Correctional Centers belong to the Federal Government.
“The Governor was more bothered about the overflow effect of the soldiers’ withdrawal on the security situation in the state. More so that such action could easily encourage jailbreaks across the state.
“It is, however, pertinent to alert members of the public and the Federal Government of this unwholesome situation. Findings into the remote cause of this action have only revealed that it was an order from above without corresponding details.
“The situation notwithstanding, proactive efforts have been made to secure these centers so as not to allow premeditated jailbreaks as whoever gave the order to withdraw those soldiers was in the process of encouraging such.” the statement added.
To avert the breakdown of law and order, Akeredolu has met with other security heads in the state, particularly the Nigerian Police, and charged them to take over their responsibility of internal security in the state.

After the meeting, the governor directed the deployment of men of the State Security Network (Amotekun) to complement Police and the Nigeria Security and Civil Defence Corps (NSCDC), to ensure that any premeditated action is tamed and resisted with commensurate force.

“While we believe that the Federal Government has a duty to protect the prisons, we are more concerned about the security of our people across the state. A jailbreak will not only threaten the peaceful atmosphere we are enjoying in the state, but it will also pose serious danger to our people.
“I met with the security heads and the Police has since last night taken up their responsibility of internal security by deploying armed Police officers to these correctional centers.