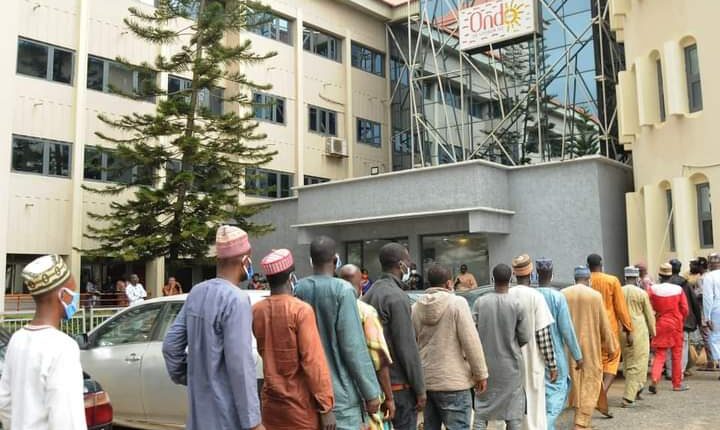 Scores of survivors of the militiamen attack in Jos North Local Government Area of Plateau State have returned to Ondo State, barely a week after their vehicles were attacked and dozens of their co-travellers were killed.

The survivors, who were accompanied by the Plateau State Deputy Governor, Prof. Sonny Tyoden, and other prominent dignitaries, have been reunited with their families.

On arrival on Saturday, the survivors were welcomed by the State’s Deputy Governor, Lucky Aiyedatiwa, who described the attack as an ungodly act, reiterated that the state government was concerned about the welfare of all citizens irrespective of their backgrounds.

Aiyedatiwa praised Plateau state Governor, Simon Lalong, for his quick intervention and other proactive measures to contain the situation and prevent it from further escalating across the state.

He also appreciated the sending of such a high-level delegation to accompany their people back home as well as commiserate with the Government and people of Ondo State.

Earlier, Tyoden, while addressing the delegation, appealed that the people of Ondo should forgive the Plateau residents, saying the actions of the few misguided criminals has rubbed off on the entire state.

The deputy governor, who was accompanied by Emir of Wase, Mohammed Haruna; Yoruba Community Leader, Plateau State, Jide Olagbemiro; Chairman Miyetti Allah Cattle Breeders Association of Nigeria (MACBAN), Plateau State, Nura Mohammad; JNI representative, Sani Mudi; and Director-General of Research and Documentation for the Government House, Prof. John Wade, stressed that the attackers acted on their own as they did not represent any religious, ethnic or social interest in the condemnable act.

He assured of Government commitment to protecting the lives and properties of all Nigerians and reiterated that the culprits involved would be brought to book as many arrests have been made. He said Plateau State remains a home for all as the melting pot of the nation.

Responding, the leader of the Fulani in the Southwest, Kabiru Mohammed, assured that they have forgiven everyone involved in the actions in the interest of the peace and stability of Nigeria.

Mohammed promised that there will be no reprisals as they were happy to see their brothers back in their midst. He said Nigeria is greater than any individual or interest groups.