Gunmen kill over 15 villagers during attacks across Zamfara 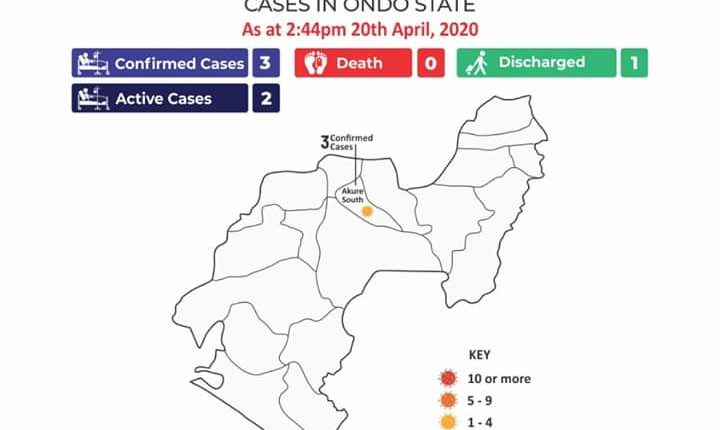 The Ondo State Government has disclosed that the state’s coronavirus index case has been released following consecutive negative test results for the viral infection, which showed that the patient had regained full health from the disease.

It said that the former covid19 patient had been tested in accordance with standard coronavirus discharge criteria and that the negative test results were proof that the case was fit for discharge.

The State Governor, Rotimi Akeredolu, revealed that the former patient is an Army Officer from the Nigerian Army Barracks, Akure cantonment, and added that he had been the state’s first confirmed coronavirus positive incidence.

Akeredolu, through a post on his social media page on Monday, confirmed that the soldier had been discharged from the state isolation facility following adequate treatment received from health workers at the Infectious Diseases Hospital, Akure.

He added that Ondo state could soon discharge its second covid19 case, who he said had also tested negative for the viral pandemic but was waiting for a second confirmation before being released.

The governor lauded efforts of the hospital staff, saying that the patients had regained health as a result of the quality care received while on admission in the hospital.