Just In: Dangote truck ends another truck’s driver life in… 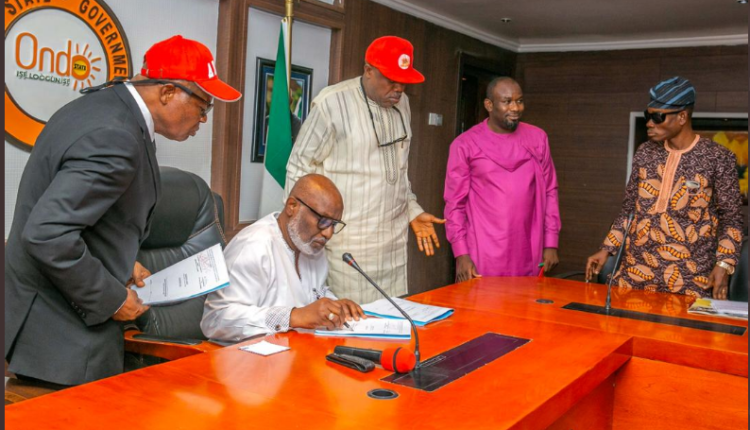 Governor Rotimi Akeredolu of Ondo State has signed the Ondo State Security Network Agency and Amotekun bill 2020 into law, hours after the bill was passed State House of Assembly.

Akeredolu signed the bill into law on Wednesday at the executive chamber of the state house was attended by government officials in the state.

While signing the bill into law, the Governor explained that the outfit was strictly for security of lives and properties of Ondo State residents, assuring that the outfit would not be allowed or be used for political purposes.

He also said the corp was set up to collaborate with existing security efforts, and not to compete with them.

Akeredolu expressed the strong belief that there could not be an end to the nature of security outfits to be provided for the people.