Prepare for distress worse than Coronavirus next month-… 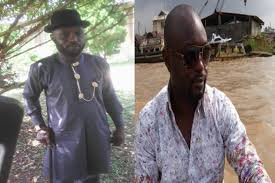 A former minority leader of the Ondo State House of Assembly, Lubi Akpoebi, was reported to have died during a road accident along the Akure/Ondo Highway in the state.

The Guild gathered that the deceased was returning from his hometown in Ese-Odo to Akure, driving alone in the vehicle, when the accident happened.

It was learnt that fatal accident that claimed the live of the politician occurred at the Owena end of Akure/Ondo Highway on Tuesday afternoon.

The deceased, who is of the Ijaw extraction represented Ese-Odo Constituency at the state assembly between 2011 and 2015, held sway as Caretaker Chairman of Ese-Odo Local Government Area of Ondo State.

It would be recalled that the late Akpoebi also served under the administration of Governor Oluwarotimi Akeredolu during the first term as Special Assistant on Niger Delta Affairs, but he resigned his appointment in 2020.