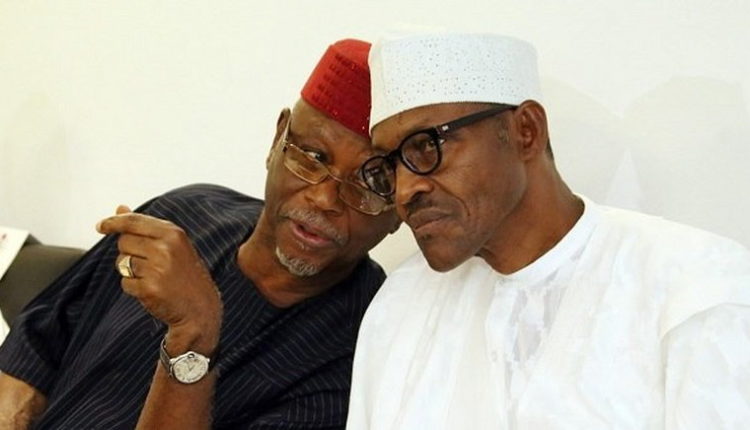 The former National Chairman of the All Progressives Congress (APC) John Odigie-Oyegun, has disclosed that the outcome of the forthcoming governorship primaries in Edo and Ondo states respectively will determine the survival of the nation’s ruling party.

He explained that since the true democracy frowned at the imposition of candidates on the people, the whole attention will be shifted to forthcoming exercise, saying the outcome will determine the survival of APC as a political party.

Besides, the former Chairman threw his weight behind the duo of Governors Godwin Obaskei and Rotimi Akeredolu of Edo and Ondo respectively, saying both governors deserve reelection on the platform of the party.

He said that the duo’s performance as governors of their respective states and clamor by their people who had passed a vote of confidence on them necessitated the support from him.

Oyegun, who is also a former governor of Edo State, maintained that both governors had performed creditably well and deserved to be returned unopposed unless they think otherwise due to personal reasons.

The ex-Chairman of the ruling party, through a statement released to newsmen on Thursday, noted that his support for the duo was in line with the agreement reached to settle the leadership crisis at the national level.

Furthermore, he called on the party to jettisoned the idea of imposing candidates on both states, saying free and fair primaries must be allowed in both states.

“Our democracy, of course, has no room for imposition so the party must accept and also present any member that offers themselves to serve in the positions being occupied by the incumbent governors.

“It is of critical importance that the primary is seen even by a blind man, to be free and fair otherwise there would be political consequences.

“The governorship primaries will show Nigerians and indeed the world whether APC is a party of the truth, change, and progress, driven by the principles of fairness, social justice, and equity, or it has become a party that believes and promotes business as usual!”

“Everything must be done to ensure that the persons in the leadership of the party at the center who are part of the contrived crisis in Edo State must not even remotely be allowed to plan, participate or supervise the primary election.

“Allowing any member(s) of the national leaders who have been involved in the contrived crisis in Edo State would equate making such person or person judges in their own case. This is contrary to the principle of natural justice and will be naturally resisted,” the statement read.