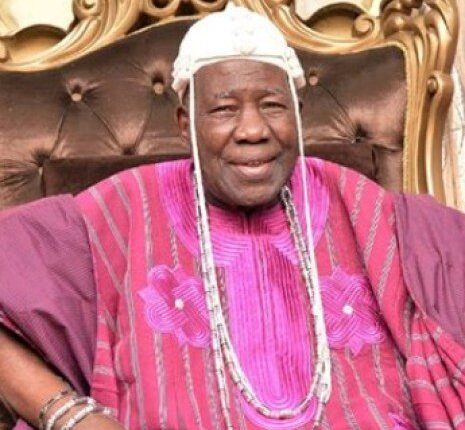 Some People are complaining about the manner with which Olubadan’s death was immediately announced and camera was put into the palace to see the activities of the burial. They said it’s against the Culture.

I read something similar on Soun of Ogbomoso weeks ago when someone said that’s the first time he will publicly see a Yorùbá king to be buried openly in that manner with Alfas Praying here and there.

Well, there will always be a point where Religion will want to override Culture and Traditional institution is not save from that except they make it clear that people of other religions can not become a Yorùbá king.

More people today are abstaining from some parts of Culture that involve or that affect their beliefs and when you have announced someone a king before telling what he must not do and must not do, you have problems like this.

For me, some things didn’t affect our culture and some beautiful part must be protected and promoted. But then it becomes a problem between what the Oba wants or what the palace rules want.

More than often, Oba’s wish overrides everything because they say “Tobalase or Oba ba Lori Ohungbogbo” meaning the king’s wish is the final and He oversees all domain and everything.

When you say Kabiyesi eat this sir and he says for what, how will this make things better, with no useful answer. He may win you. And this didn’t start today. Many parts of the Culture have long be removed or stopped. Example is how Abobaku was stopped in Oyo. Another example is how twins killing stopped long before Mary Sclessor came in the same Oyo.

May be it’s time Yorùbá kingmakers decide who they want and what they permit but what I know is that time are fast changing, and princes from royal families are now into different lines, some are even raised far from home, all of these are why you will continue to have Obas that place their Abrahamic religion before African Traditional Religion and as such affect Culture.

On media, we will also have to live with that transition too. Sadly, almost nothing will happen in secrecy now except the one that is deliberate. When Oba Ooni Sijuade died in 2015, the media even got the news before some Traditional Chiefs, I think CNN and BBC Africa did because he died Overseas and the Governor and kings maker must have got it from the news too.

When Sultan Malciddo of Sokoto died in a plane crash few years back, NTA broadcasted the live burial even in the dead of the night.. I watched how they dig hole, and committed him to mother earth. It was the first of a king I saw.

The Media are powered by people and when one person hears, forget it, the whole Nigeria may hear and what you want to keep is gone. We only had to respect the rights, but in both Christian and Islam, it is not out of place to see the body of the dead minutes before being buried. As we speak, Olubadan body is being buried and it was displayed in a glass.

This is one of those things we will always discuss and find had to grapple with. It’s Internet age, and almost nothing is hidden again.