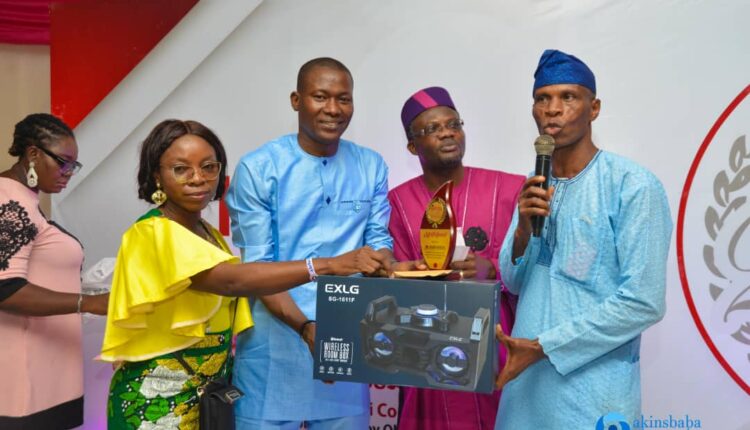 Share
The Old Students Association of Bolade Grammar School in Oshodi, Lagos State have presented different gifts to teachers for their ‘outstanding’ contributions to learning particularly assisting them to shape their path towards contributing their quota to the development of the country.
They have also initiated plans to carry out rehabilitation works on existing infrastructures and provide 21st-century facilities in their school, as their contribution to breeding future leaders for the country.
The former students of the school rewarded the teachers and indicated plans for their school at the 25th anniversary of the 1996 set of the school with the theme “Journey So Far” held in Oshodi.
Speaking at the event which afforded the former students the opportunity to meet their teachers, President of Old Students Association of Bolade Grammar School Oshodi (set of ’96)”, Olumuyiwa Adeboye, noted that the event was also to celebrate the teachers who he said gave them hope in the society.
He described their school days, over 25 years ago, as very tough considering the leadership and other training they were subjected to by their principals and teachers.
Adeboye, a chartered accountant, stated that the training and values that were inculcated in them by their principals and teachers later built in them required confidence, eloquence, discipline, tenacity and friendship.
The president said that their contributions assisted everyone that graduated that year and subsequent years under the teachers’ tutelage to become leaders in their various fields of endeavours.
“We could boldly say that BGSO’96 set was very fortunate because we learnt under the tutelage of great teachers with different approaches to training leading to a balanced view of education” he stated.
The president further stressed: “The first principal of the school then was Mrs. Ajaguna and she later handed over the leadership baton to Mrs. Akinsanmi, and I can tell you that these women and the teachers were shaped us because they see students as their grandchildren and did not allow any undue punishment”.
According to him, the principals, together with teachers, took deliberate steps to ensure that we were tutored, trained and prepared to take on our world and I can tell you that we have been good ambassadors of the school”. 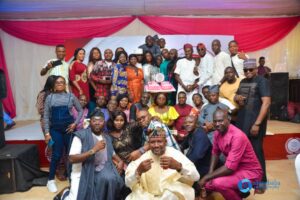 On the school infrastructure, Adeboye explained that the primary motives of Set ’96 Alumni of BGSO were to get financial supports from members and philanthropists as a way to give back to the school because the government alone could not do it all.
According to the President, the present state of the school’s laboratory, classes in “is an eyesore and we need to give back for the benefits of the present and coming generations, hence the theme of the celebration “The Journey So Far”
In a remark, the Coordinator and former Vice President of the association, Dr. Abimbola Olukotun, while expressing happiness to be a product of Bolade Grammar school Oshodi, noted with displeasure that parents could not send their children to public schools again because of the decaying infrastructure in those schools.
Olukotun appreciated their former teachers, who according to her, made the set to produce notable doctors engineers, chartered accountants, bankers advertising practitioners journalists, teachers, and other distinguished personalities in the society.According to the former Vice President, 13 teachers were identified for honours by the association and the rewards range from Cash donation Boombox Bluetooth Decks and awards of recognition and appreciation.
The teachers were: Lasisi Yomi- Government Teacher, Gbemile Bola- Biology Teacher, Olanipekun Tunde – Art teacher, Akinwole Gbenga – English Literature, Adepegba Iyabo – Social Studies and Faleke Ademola – Hausa language.
Others were: Ogunniyi Benson-Kehinde, Oluajo Samson Adedayo, Areoye Olufemi – Mathematics, Oladunni Obafemi, Egunjobi Michael Adeniyi, Adeleke Ademola and Osadiya Babatunde, amongst others.
Speaking on behalf of the beneficiaries, Yomi Lasisi, commended the association for their actions and thanked God for serving at Bolade grammar school Oshodi at that time, describing the experience as different from what he had in other schools.
Lasisi noted that the values inculcated in the students by principals and teachers were because the students submitted themselves to discipline, learning and conformed with the rules and regulations set by the school.
“I am very happy for them to have brought themselves together with maturity and thoughts of remembering their teachers. These are the ones we’re looking forward to seeing in Nigeria. This is because if they can bring themselves together after 25yrs and remember that some people thought them ABC and 123 and Celebrate us in their little way today, they will perform wonders for a better Nigeria” the teacher stated.