In age of Trump, evangelicals back self-styled top U.S. pimp 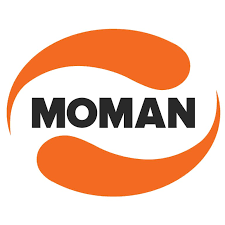 The Major Oil Marketers Association of Nigeria (MOMAN) has advised that pump price for petroleum products, especially of Premium Motor Spirit (PMS), should be deregulated and subsidy removed in order to benefit the sector and the nation as a whole.

The body explained that petroleum subsidy has yearly taken funds that could be expended on other equally important sectors such as health and education, and that if removed, would allow market forces drive the true product pump price.

The Chairman of the association, Tunji Oyebanji, added that the price deregulation, if implemented, would create sustainability in the downstream sector and that it would also boost the nation’s economy in various other sectors.

Oyebanji, in a statement released to newsmen on Thursday, stated that it was not appropriate that government would be unable to increase the pump price of PMS, irrespective of existing market price per barrel of the product.

He reiterated that such price policy posed great economic risks for the nation as it led to high and unsustainable subsidy payments which in turn, denied other economic sectors the necessary funds for growth.

The association boss, while addressing the coronavirus threat in the nation, said that the incidence of cases in Nigeria had showcased the inadequacies being faced by the nation’s health sector and that availability of funds to be injected had been cut short by the country’s dependence on petroleum subsidy payments.

“Our current situation, laid bare by the challenges of Coronavirus to the health of our citizens in particular and economy of our country in general, demands that we are honest with ourselves at this time. A fundamental and radical change in legislation is necessary,”
“When crude oil prices go up, government has always been unable to increase pump prices for socio-political reasons leading to these high subsidies and we believe the only solution is to remove the power of the government to determine fuel pump prices altogether by law. Purchase costs and open market sales prices should not be fixed but monitored against anticompetitive and antitrust abuses by the already established competition commission and subject to its clearly stated rules and regulations.”
According to Oyebanji, the federal government had, by law, empowered itself to determine PMS pump price in a move which had proven to be detrimental to the country’s sustainable economic growth because it came with the high cost of subsidy payments which would not be the case if market forces are solely allowed to drive price.
He said, “We want the market to determine the price. There should be a level playing field. Everybody should have access to foreign exchange to be able to import and sell petrol at a pump price taking its landing and distribution costs into consideration. Government should no longer fix petroleum prices. Health and Education sector should be given a higher priority than paying for subsidy on petroleum”.