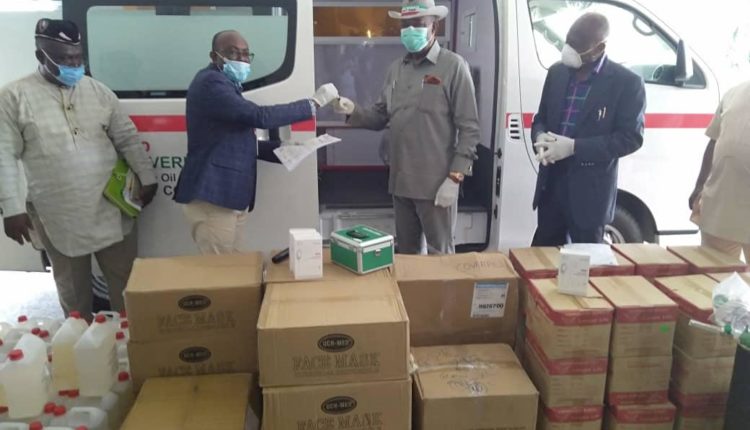 In their bid to support the Akwa Ibom State government in its fight against the deadly coronavirus, the Natural Oil field Services Limited (NOSL) and the Nigeria Petroleum Development Corporation (NPDC) have jointly donated an ambulance and other medical supplies to the government following the extension of restriction placed on movement by the Federal Government.

It explained that the gesture had become imperative after the extension which was meant to identify, trace and isolate all individuals that have come into contact with confirmed cases, ensure treatment of confirmed cases while restricting further spread to other states, coupled with the effect of the lockdown on the state’s economy.

Sambo, who was represented by the NPDC’s Deputy Manager, Community Relations, David Arijoba, while presenting the items to the Secretary to the State Government, Emmanuel Ekuwem, said the gesture was to support the state’s Ministry of Health in its fight against the pestilence following the increase in recorded cases of Nigerians testing positive to the virus.

While commending the government’s efforts in combating the coronavirus pandemic urged the government to deploy the ambulance and medical supplies in fighting the pestilence and other medical conditions being suffered by citizens.

Responding, Ekuwem expressed appreciation to the donors on behalf of the state government, noting that the government had committed a lot of resources to combat the pandemic, and will stop at nothing in protecting its citizens from the deadly virus while commending the oil firms for their sensitivity and for living up to their corporate social responsibilities during the trying times.