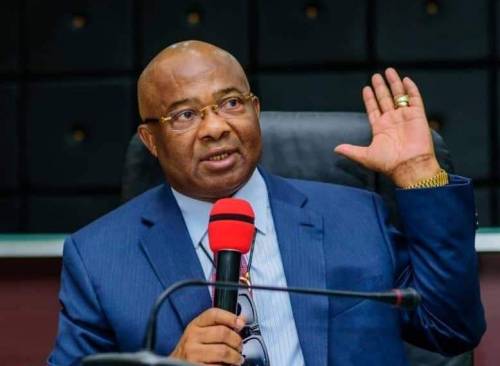 As the South East passes through trying times occasioned by insecurity, the apex sociocultural body in the region, Ohanaeze Ndigbo, has been found missing in action. To make matters worse, prominent Igbo sons and daughters who throng the National Headquarters of the revered Igbo organization in Enugu so as to contribute to addressing the security quagmire in the region have severally cried out that nobody can be seen there anymore.

However, indications emerged over the weekend that the leadership of the pan-Igbo body might have been relocated to the Imo State Government House in Owerri. The group, it was alleged, has been given a new office in Odenigbo Hall within the premises of the APC-led Government House in Owerri. In effect, the group has allegedly become an arm of the Uzodinma-led regime.

It should be recalled that Ohanaeze Ndigbo is a nonpartisan formation. It has since inception represented all shades of opinion in Igboland, and reflected the republican character of the Igboman, viewing issues from popular prisms, never through the lenses of a partisan coterie. Ohanaeze should never be beholden to any partisan grouping, at least in principle. It will therefore be a very bizarre occurrence, and a taboo too, if the APC-led regime in Imo State has truly hijacked Ohanaeze and confined them to a corner within the APC-run Government House in Owerri.

This is the time to build bridges across party lines, across ethnic divides, and across social strata in order to confront and behead the behemoth of insecurity in our land. It is time for Ohanaeze to win the trust of Ndigbo, especially the increasingly marginalized and restive Igbo youth, and offer a leadership that demonstrates a commitment to the genuine concerns of the people.

How then can Ohanaeze Ndigbo deliver on these expectations if it has been taken over, housed, and emasculated by an unpopular APC-led regime in Imo State as alleged? How can Ndigbo, majority of whom do not subscribe to the nihilistic philosophy of the APC and the full-blown tyranny of Uzodinma, listen to and believe in an Ohanaeze that is allegedly run from the parlour of the APC and the dwelling place of Uzodinma? How can the strongest of critics to APC yet the most ardent of believers in the Igbo project accept to be seen in an APC-owned house so as to have audience with Ohanaeze? This is really troubling.

If truly Uzodinma has confined the current leadership of Ohanaeze to his house, he should, in the interest of Ndigbo, kindly unbind them and let them go and work for Igbo people.