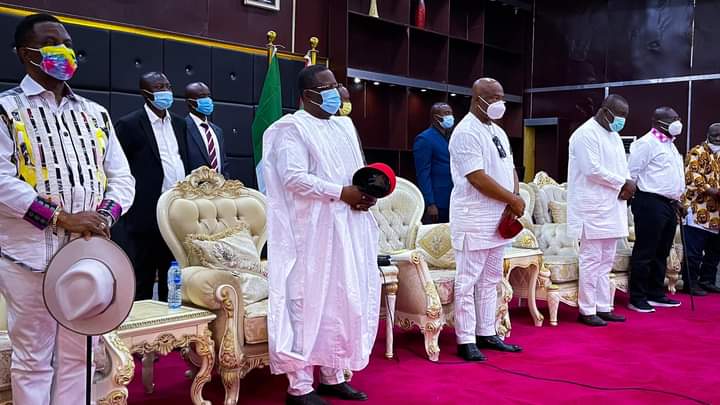 Following the launch of Southeast regional security outfit, Ebube-Agu, an Igbo socio-political group, Ohaneze Ndigbo, has cautioned the governors from the region to ensure thorough profiling of personnel expected to be enlisted for the joint security outfit for southeast.

Ohaneze argued that proper profiling of the personnel would prevent the security outfit from recruiting personnel that could further cause more harms than good for the region.

The group, in a statement by Director-General Strategic Planning and Implementations Ohanaeze Ndigbo General Assembly Wordwide, Obizoba Tony, stated that proper recruitment exercise would ensure that Ebube-Agu initiative is not been populated by miscreants and criminals designed to curb within the region.

According to the group, if the miscreants and criminals are recruited into the formation, it could compromise the security architecture of the South East region.

The group, meanwhile, commended the governors for agreeing to set up the outfit to address insecurity challenges that have prevented peace and harmonious relationship within the southeast region of Nigeria.

Ohaneze described Ebube-Agu as a right step in right direction and the Ohanaeze Ndigbo General Assembly Wordwide commends the initiative.

The statement reads: “The region has been under insinuation that it abhours miscreants to the watch of its government and political leaders, while misguided youths under the illusion of brainwash by a self-centered secessionist element wreck their havoc all over the place with seeming little or nothing done to check the evil.

“With the EBUBEAGU coming as a legitimate initiative of governments, it can now begin to be Uhuru for the South East as there will be a down-to-the-art and quicker security measure to theme terrorism, banditry, kidnapping, and other criminal activities including cultism in the potentially technology giant region.

“The Ohanaeze Ndigbo General Assembly Wordwide will, however, bring to the attention of the governors that, while they have done the right thing informing the regional security network, it is important to liaise with the security architectures of the Federal Government of Nigeria, under the resilient Administration of President Muhammadu Buhari that there may be peace, security, and development in the region”.