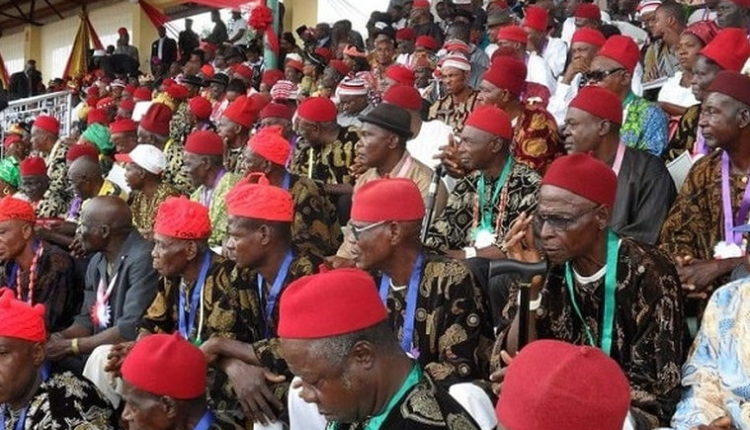 The Ohanaeze Ndigbo Worldwide has refuted claims that it had appointed a former Military Head of State, General Yakubu Gowon, to spearhead the campaign for the emergence of a president of Igbo extraction in 2023.

It explained that contrary to news reports making rounds on several platforms, the apex Igbo cultural organization, had not taken such action or initiated plans to meet with some prominent political actors in the country towards the 2023 politicking.

The group’s National Publicity Secretary, Prince Uche Achi-Okpaga, described the reports as malicious, adding that the purveyor of the fake news was only seeking to bring the body’s name to disrepute and mislead undiscerning Nigerians towards achieving their divisive agenda.

Achi-Okpaga, through a statement released to newsmen on Wednesday, called on Nigerians to disregard the said reports while urging media houses, journalists to desist from using the official logo of Ohanaeze Ndigbo when writing about or referring to unverified news or press release attributed to the group.

“Ohanaeze Ndigbo Worldwide hereby informs the General public that at no time were the aforementioned situations ever contemplated or was there any meeting at which they were tabled for consideration, let alone any action being taken or a press statement issued on that. The purported actions exist only in the imagination of the miscreants and enemies of the Igbo nation who are the purveyors of the unfortunate concoctions.

Ohanaeze Ndigbo regrets the unpatriotic acts of some Igbo politicians sponsoring these equally unpatriotic irredentists shamelessly flying the kite for them towards 2023. Ohanaeze Ndigbo, once more, calls on prominent Igbo sons and daughters to stand up and call these recalcitrant boys to order, because it could have gone to court to stop their irreverent behavior but for the same reason it refused to face other Igbo recalcitrant groups headlong in its mild skirmishes with them—-a father does not quarrel with his children in the public,” the statement said.

Just In: One Indian, 36 others become coronavirus free in Lagos