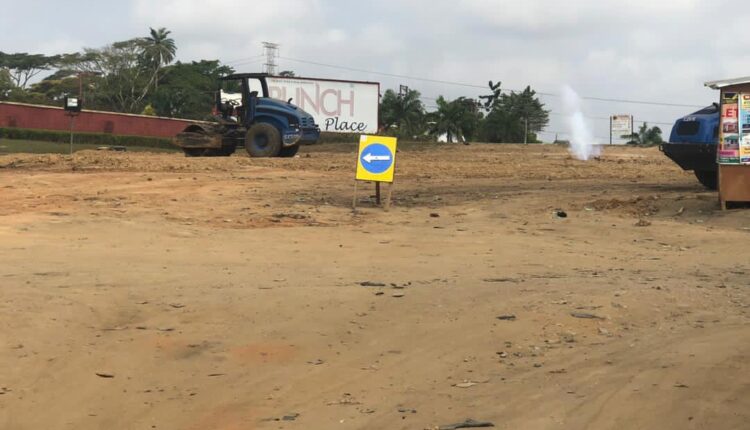 Share
Residents of Ogun State and motorists plying Lagos-Ibadan Expressway were on Wednesday enveloped in panic after a damaged gas pipeline exploded in Arepo-Magboro axis of the state.
As gathered, the ruptured pipeline exploded at about 11 am forcing residents to scamper for safety and halted movements on the Lagos-Ibadan expressway, resulting into a gridlock on the ever-busy road.
It was learnt that the gas exploded after the contractor handling reconstruction of the road project removed bricks from some parts of the road to create alternative route for motorists when the major land is shut.
After the damaged gas pipeline burst, the Guild gathered that there was a continued sound from the scene and further worse tension within the axis.
Confirming the incident, the Federal Road Safety Corps (FRSC), has urged motorists to seek alternatives routes and those trapped in the traffic to keep safe as first responders have arrived the area.
The agency, in a statement signed by Corridor commander, Lagos-Ibadan-Egbeda corridor, Kehinde Hamzat, said that efforts have been intensified to address the issue.
The statement reads: “We have a case of gas pipeline explosion around Punch Newspaper, Magboro. The pipeline got bursted while men of Julius Berger, the construction company working on Lagos-Ibadan expressway were escavating a surface for Worksite.
“This has led to a standstill traffic situation on both sections of the expressway. Motorists are advised not to panic as professionals are being contacted to take care of the situation. For people who have a time-bound activities may explore alternative routes and for those who can postpone their trips, let us endeavor to do so while the situation gets controlled.
FRSC wishes us Safe trips to our various destinations”.
Also, the Director-General of Lagos State Emergency Management Agency (LASEMA), Dr. Olufemi Oke-Osanyintolu, in a statement made available to The Guild, described the issue as leakage and that it has been corrected.
In a statement titled ‘Gas Leakage in front of Punch Newspapers in Magboro/Lagos-Ibadan Expressway, Oke-Osanyintolu added that the gas has been shut to avert any calamity.
He said: “The Agency has responded to a ruptured pipeline near the Punch Newspapers HQ, inward Berger.
The accidental damage was caused by the Julius Berger crew working on the road.
“All responders are on the scene. The line has been shut down and the area cordoned off while motorists are being diverted”, the LASEMA boss added.