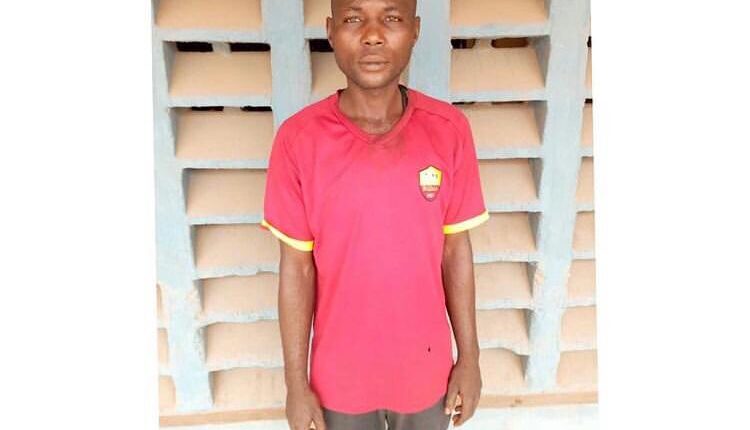 The Nigerian Police (NPF) Ogun State Command has disclosed that it has arrested a 24-year-old man, identified as, Elisha James for allegedly raping a 4-year-old daughter of his co-tenant (name-withheld) in the state.

As stated, the suspect, a resident of Mokore road area of Warewa lured the minor into his room when her mother had already gone outside the house to spread some clothes.

As learnt, James was said to have been caught red-handed by the mother of the child, after she heard the victim cry from the suspect room.

Confirming the incident, the Command spokesperson, Abimbola Oyeyemi, said the suspect was arrested on March 29 after a complaint was lodged by the mother of the victim at the Warewa divisional headquarters.

In a statement made available to newsmen on Wednesday, Oyeyemi said that the suspect, while giving reason for committing such an act, claimed that he was not in his right frame of mind.

“On the strength of the report, the DPO Warewa division, CSP Folashade Tanaruno detailed detectives to the scene where the suspect was promptly arrested.

“On interrogation, he admitted to having committed the crime, claiming that he didn’t know what came over him”.

Meanwhile, the State Commissioner of Police, Edward Ajogun has directed that the suspect be transferred to the anti-human trafficking and child labor unit of the state criminal investigation and intelligence department for further investigation and prosecution.