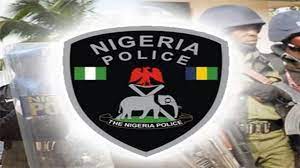 The Ogun State commissioner of Police, Lanre Bankole has beefed up security on Lagos-Ibadan expressway after persistent robbery attacks by hoodlums on residents.

Bankole directed the command’s tactical teams to move to the area in order to compliment the efforts of the divisional policemen in patrolling the area.

He said that hoodlums used the bridge as an opportunity to attack residents public along the expressway.

According to him, it was also discovered that some of the hoodlums pretend to be hawking goods on the bridge during traffic gridlock and use it to carry out robbery operations.

In a statement released on Thursday, the CP warned all those hawking goods on the bridge to quit with immediate effect in order to sanitize the environment and deter the criminals from perpetrating crime on that bridge.

Bankole further assured residents especially the commuters plying the road of safety as the command would do everything possible within the ambit of the law to flush out the hoodlums in the area.